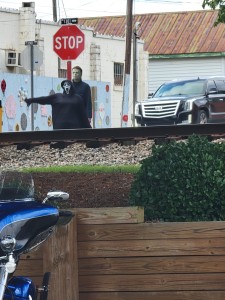 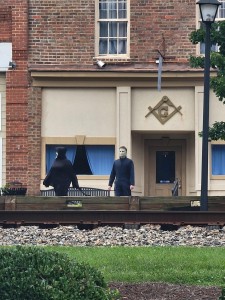 WAXHAW, N.C. – Spooky season is here. Two scary characters were spotted in Waxhaw over the weekend. Jennifer Matthews took pictures of the two people, dressed as Michael Myers and Ghostface from the Scream series. She spotted them around 4PM on Saturday. She says, “When I first saw them, I was a little uneasy due to so much going on in the world today, but after I saw they had no weapons and was making it a thing of having fun, I was OK with it.”

Matthews says the two people walked up and down Main Street in Waxhaw, and that passersby stopped to take pictures with them. Matthews says, “It was definitely interesting. My 5-year-old got a kick out of it, but refused to take a pic with them.”

No word on the identity of the costumed people.