NASHVILLE, T.N. — Die-hard Pearl Jam fans waited two years and almost equally amount of time in the merch line for the sold-out show in Nashville Friday night. I joke about the merch line but it really did take two Charlotte-based fans more than five and a half hours to get a shirt in the outside merch line.

But let’s not let that bring the night down in anyway. Those die-hard fans chose to stand in the hot sun, in a line that literally wrapped around Bridgestone Arena in downtown Nashville for hours on end because Pearl Jam IS their favorite band. 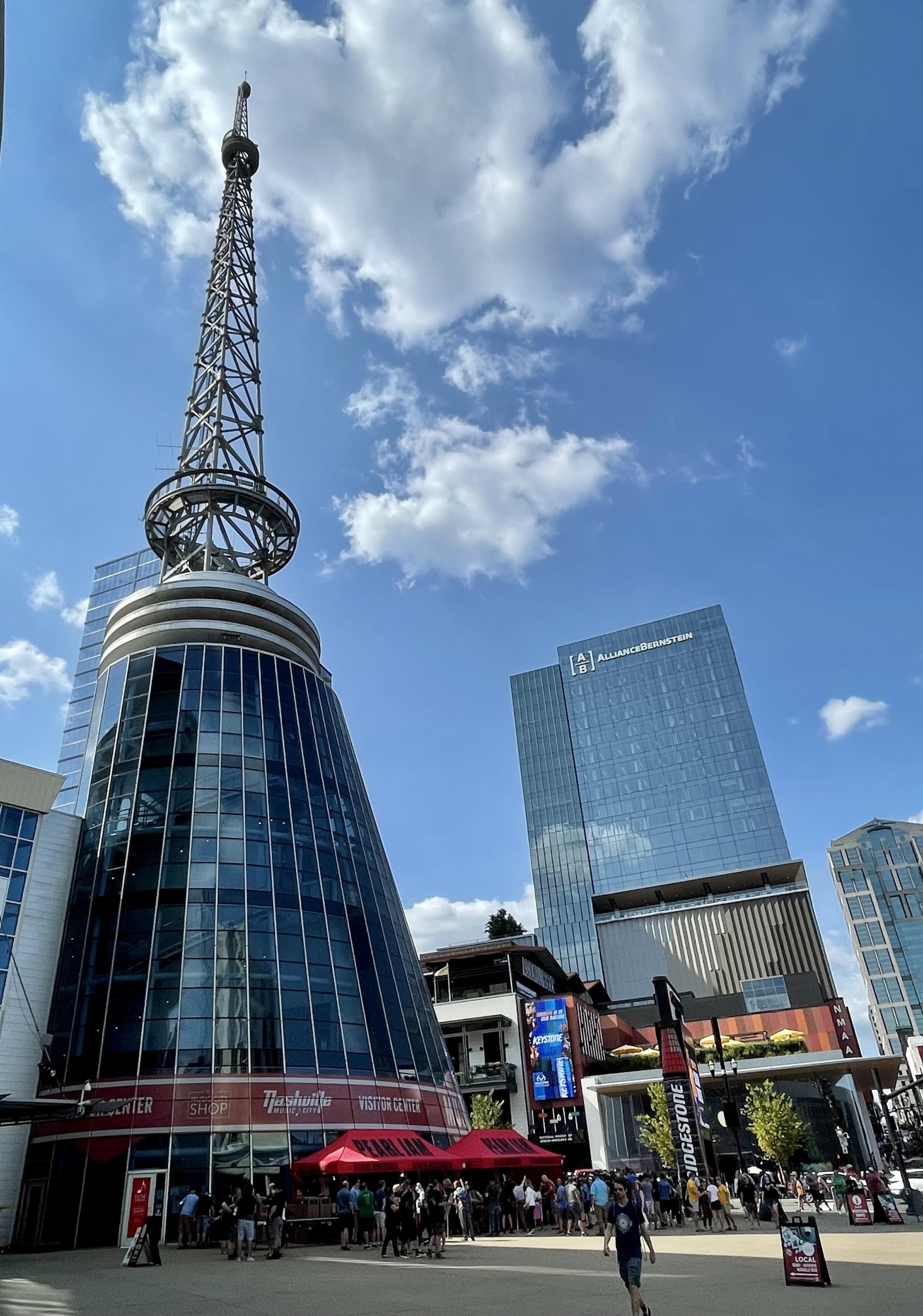 I alone traveled seven hours to be at this concert and I too was standing in that line with those Charlotte fans. I was able to snag a Brad Klausen designed concert poster. The poster is one of my favorites from this leg of the tour (yes, Oklahoma did pull the “hold my beer” with their poster but Nashville is definitely a close second for best poster).

Pearl Jam's heading to Nashville tonight. Who's coming to the show?

The event poster and merch are all available at the merch stand, starting at 1 pm. pic.twitter.com/MzARCmpRpq

My eyes immediately noticed the rats in the poster design and asked some friends who live in Nashville if the city has a rat problem or were we just going to get to hear Rats off Pearl Jam’s highly acclaimed second album Vs. The answer: Yes, to both. There’s reportedly a rat problem in Lower Broadway and speaking of deep cuts, Pearl Jam banged out Rats a few songs into the 23 song setlist.

This was my ninth time seeing Pearl Jam. I know some fans would do anything to see them once but after you see them a few times you look and hope for specific things from a band that has been touring for more than 30 years and who have a catalog full of amazing lyrics longer than any book I’ve ever read. People ask, “Why do you keep going to see them perform live?” The answer is very simple for me: You never know what you’re going to get! Any one song from that lengthy catalog of songs can be played during a live show. No two shows are ever the same.

Lead singer Eddie Vedder puts so much heart and thoughts (see what I did there) into his music and his setlists. This is what makes this band magical. It makes them continue after three decades to have a following that is willing to stand in the blistering sun for hours on end to get their hands on the night’s tour poster, stickers, buttons, shirts, they even have socks and onesies. Pearl Jam is making a killing off their merchandise and that’s just fine to fans like me because it gives us something else to love about our favorite band. The thrill of walking away with a show poster put a smile on my face. I don’t care how long I waited in line. I got to spend hours talking about the best band in the world to other die-hard fans. And no, I’m not that jackass who now has the poster listed on eBay for $500 (the absolute worst thing that surrounds this band and how buying and selling their merch has literally become a job for some people).

But back to waiting, not only were fans waiting in the merch line for this show in Nashville, they also waited two years for this tour. When the world shut down a few years ago due to a global pandemic, Pearl Jam had to cancel their Gigaton tour. Now, more than two years since the originally scheduled date, a sold out crowd was in for a treat.

As I walked into Bridgestone Arena I immediately looked for similarities to Charlotte’s Spectrum Arena. I realized the arena was a little bit smaller than Spectrum so there really wasn’t a bad seat in the house. Pearl Jam even turned around and played Last Kiss to the audience members behind the stage near the end of their set. 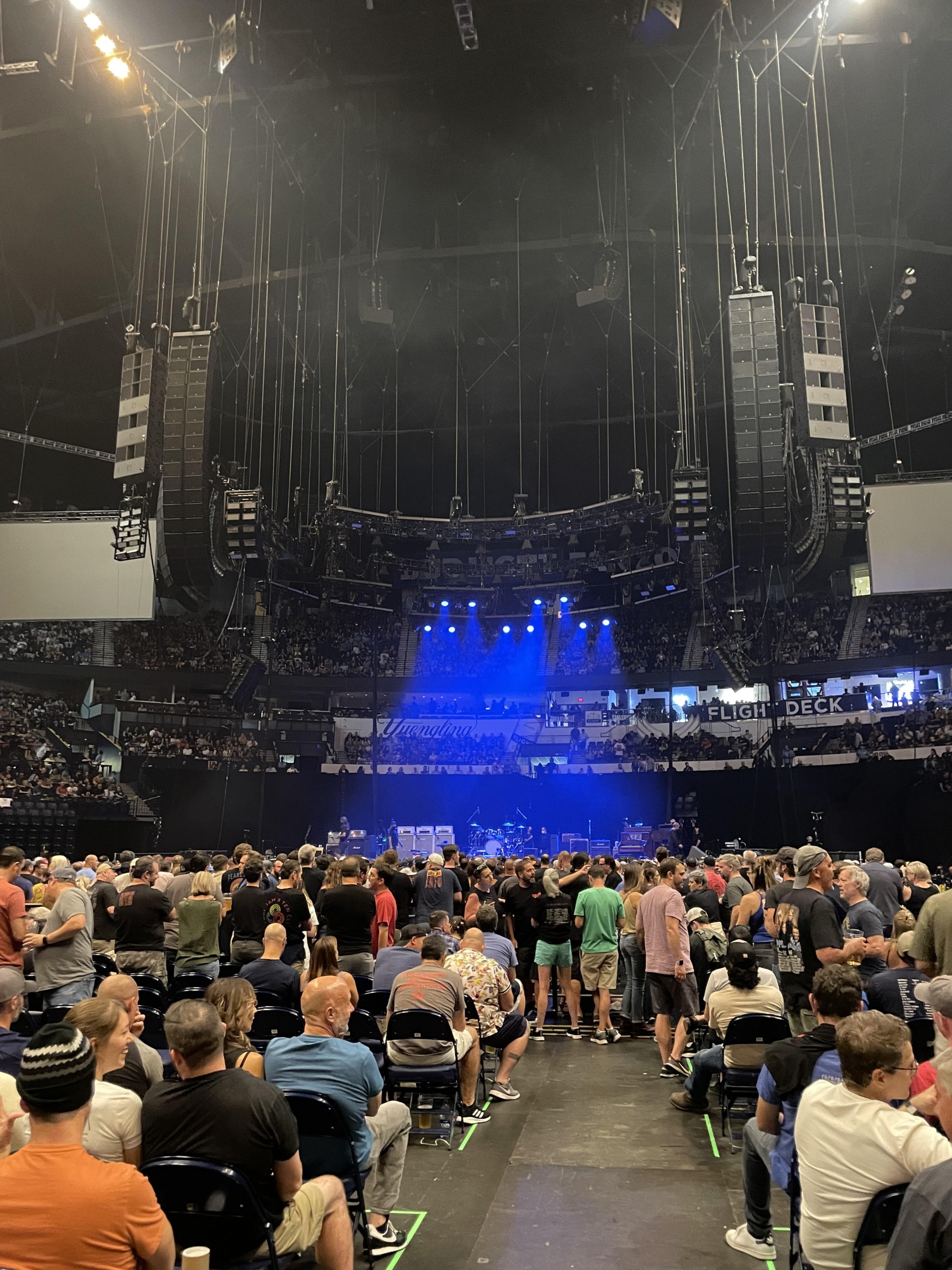 The show started around 7:45pm with a solo performance by new tour member Josh Klinghoffer’s Pluralone. Klinghoffer wailed on his guitar and sang several songs using his high-range falsetto to please the crowd. Several Pearl Jam band members joined Klinghoffer during this set. During his 6-song set, Klinghoffer brought out Pearl Jam’s Mike McCready for a cover of Alice in Chains Nutshell. McCready set the place on fire with his effortless guitar solos and the crowd (or the people who were actually in their seats – the arena was only about half full at this point) went wild as the duo hit the first notes of Nutshell.  Klinghoffer ended his set with Life Kills featuring Pearl Jam bassist Jeff Ament who used a bow across his fretless bass. It was music to my ears and the perfect set up to the long-awaited treat we were all about to get. 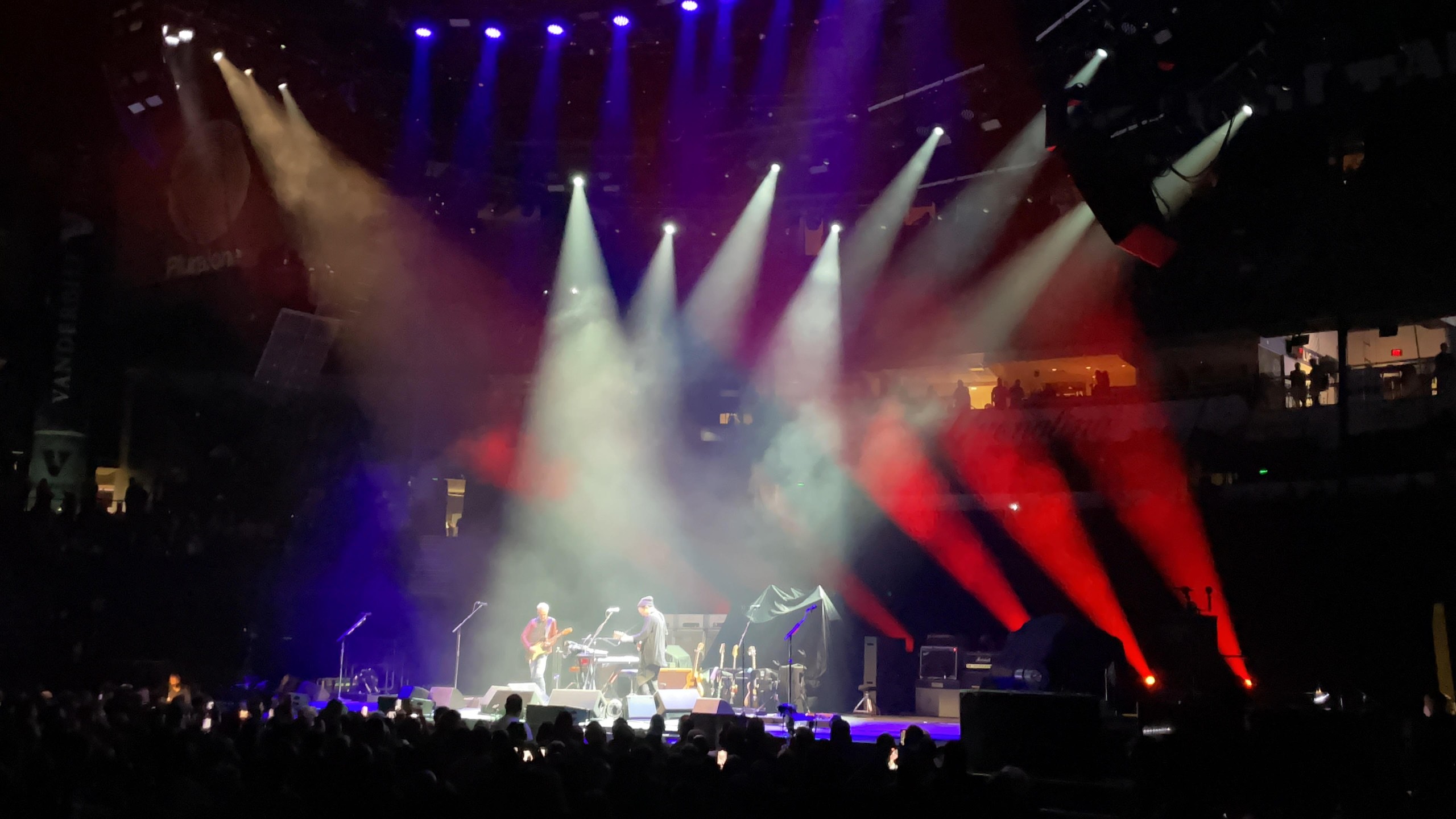 Shortly after 9pm, the lights went down, and the crowd roared with excitement. The time had come. The wait was over. And Pearl Jam did something no one was expecting: they started the show with Nothingman.

Eddie then went straight into Buckle Up before playing one of the crowd favorite’s Black. It sounded like every single person in the arena was singing when the popular lyrics “tattooed everything” were accompanied with Vedder’s world famous baritone voice.

The next song made the floors shake beneath my feet. As soon as Vedder hit the first note of Present Tense the crowd instantly began belting out every lyric word by word. The band was still seated as the progression of the song built up and the energy from the crowd caused McCready to kick his chair to the back of the stage and the arena echoed with cheers as everyone continued to sing along to the No Code hit that was released in 1996. 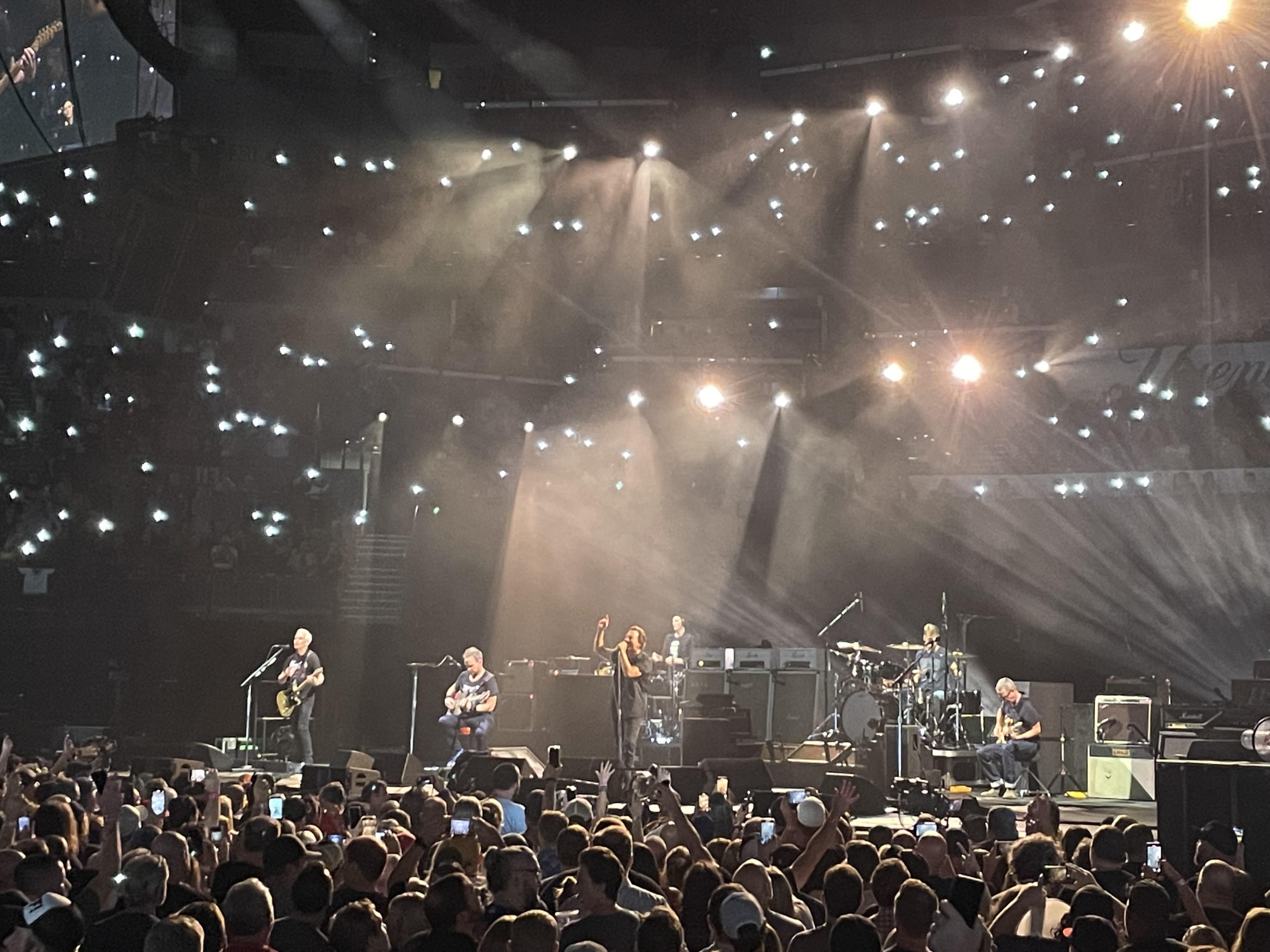 The night continued on as Pearl Jam performed six songs from their third studio album Vitalogy. I had a feeling we would hear Rats from Vs. due to the fact that rats were featured on the concert poster. My hunch was correct and the Nashville crowd got to hear the song that has only been performed live 60 times since 1993 and hasn’t been played since Pearl Jam performed it at Safeco Field in Seattle on August 10, 2018, according to setlistfm.com. To give you an idea of its rarity, Even Flow has been performed 897 times since 1990.

Before Vedder started singing Corduroy he talked to the audience about the birth of his daughter happening around the same time musician Johnny Ramone died. He went on the say, “You don’t have to teach me this lesson. I already know.” He was speaking about one person leaving as another person enters this world. He then went on to say Ramone’s favorite song was Corduroy.

A high point in the show for me was hearing Dance Of The Clairvoyants which is a song off Pearl Jam’s new album Gigaton. The song is layered perfectly with funky beats. You can hear all the instruments flowing together which creates a song that just makes your body move. The band only played four songs off Gigaton throughout the evening. 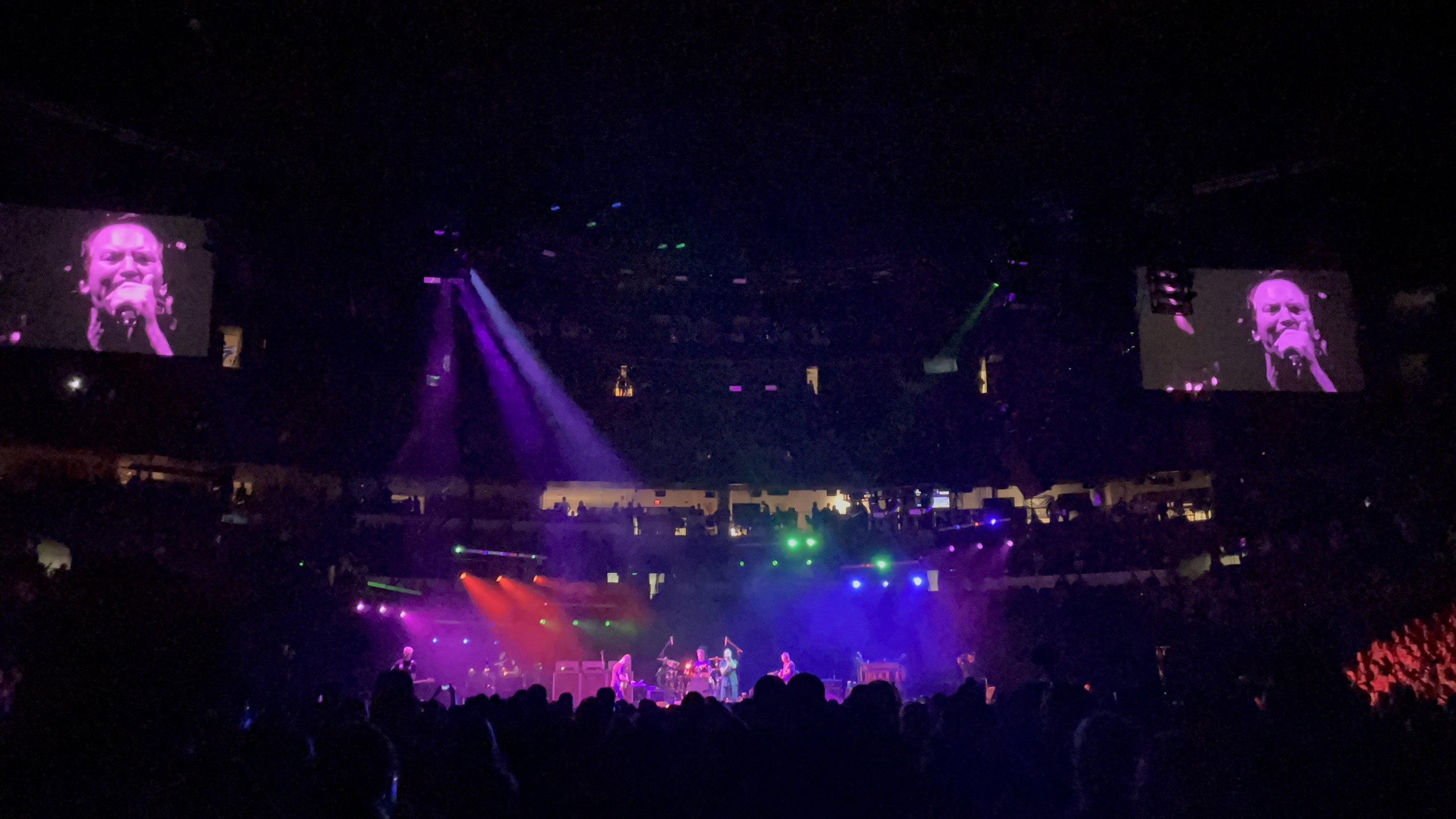 Other deep cuts from the night included All Night (which was first debuted live at Bonnaroo in 2008), Spin The Black Circle, and Smile. The song Smile was not on the setlist but Vedder noticed an audience member holding a sign saying this was their 185th Pearl Jam show and they were requesting Smile. Vedder reached into his pants pocket and pulled out a harmonica to start the song.

After two-plus hours of continuous hits, the night ended with McCready shredding Yellow Ledbetter on a million dollar guitar that was lent to him from the Gibson Garage in downtown Nashville. If you haven’t been to the Gibson shop (it’s the only one in the world), do yourself a favor and stop by if you are in Nashville. It was the perfect way to round out my visit. 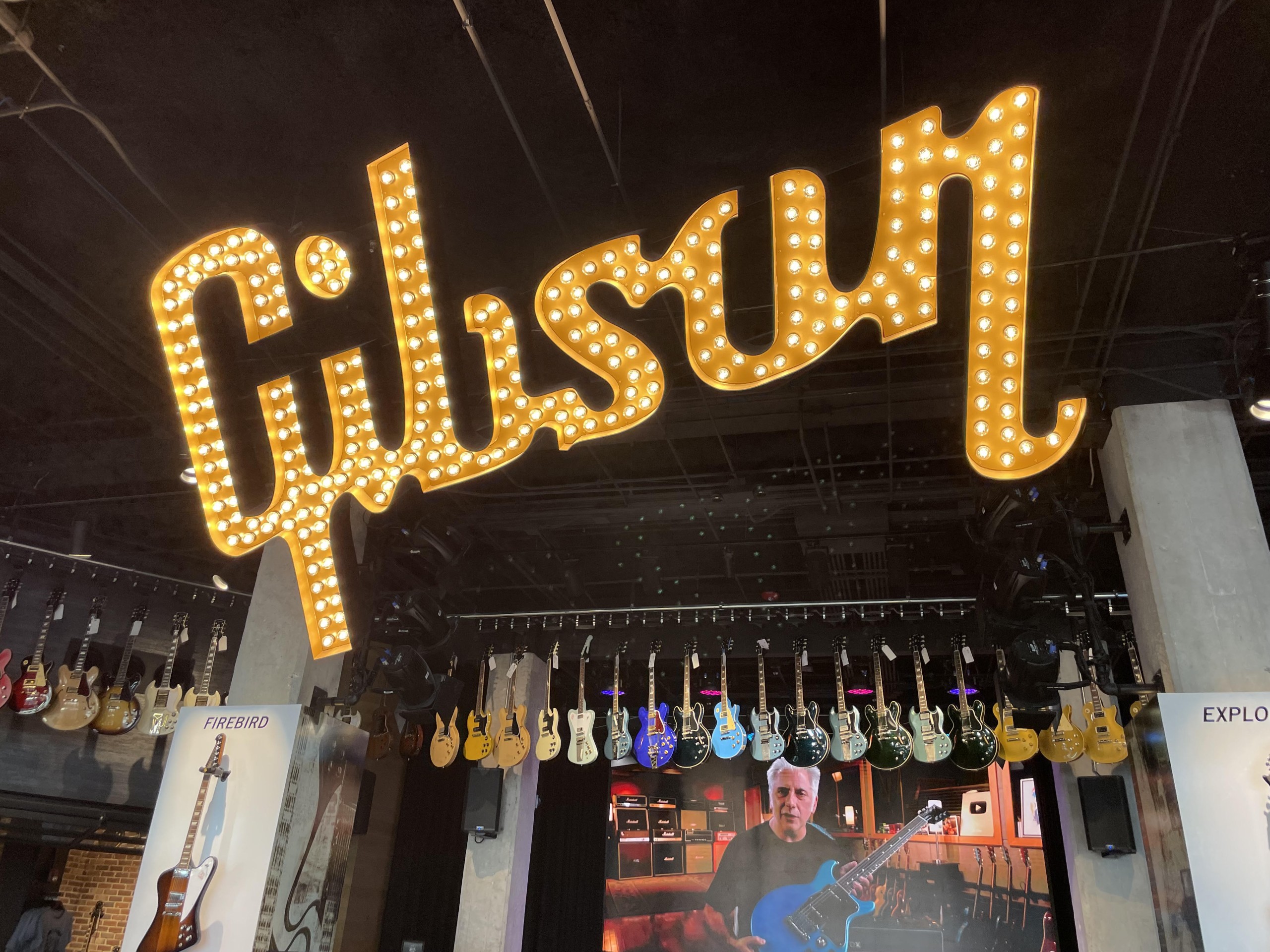 Pearl Jam’s final stop on their 2022 North American Tour is at Ball Arena in Denver, Colorado on September 22nd.

See the full setlist from the Pearl Jam show in Nashville, Tennessee on September 16, 2022:

Hats off to you, Nashville! 🎸 pic.twitter.com/ryb1Y3FZcs

Dance Of The Clairvoyants