CHARLOTTE, NC – On Friday evening, a large tree toppled over crushing a car in Northeast Charlotte. The fallen tree brought the surrounding power lines along the way causing residents to lose power.

Utility line servicemen responded to the damage on the corner of Rutgers avenue and West Sugar Creek Rd. 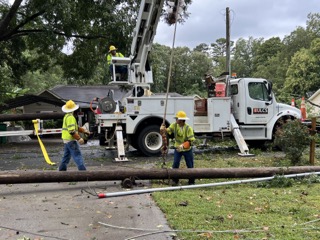 Residents in the area say they heard a loud noise followed by the power outage around 5 p.m. on Friday, September 30th. One of the homeowners, known as 64-year-old Angelo Brown, states he chose to tough out the storm while other relatives, including his six-year-old grandson, evacuated the home.

Brown among other neighbors has spent their day spectating the damages caused by Hurricane Ian.

“The cable lines snapped and the wooden poles attached to it broke in half”, says another resident. 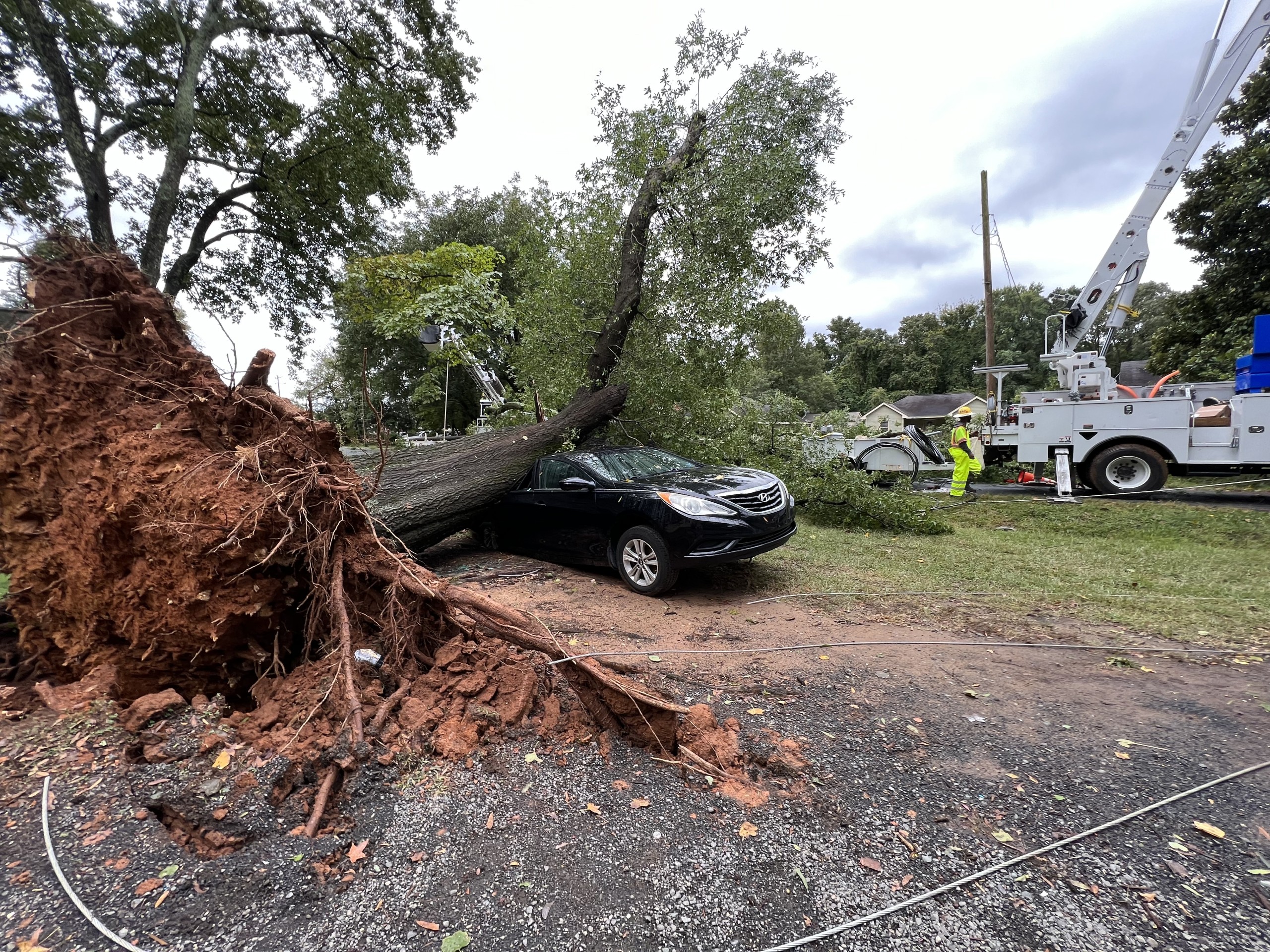 Duke Energy’s utility line servicemen are working diligently to repair the damages and return power to residents in the area.

There have been no reports of injuries in regard to the fallen tree or broken power lines.