CHARLOTTE, N.C. — The Mecklenburg County Sheriff’s Office announces a major shift in policy when it comes to traffic stops.  On September 19, 2022, MCSO adopted a new policy that deputies will no longer pull over drivers for low-level offenses as the basis for the traffic stop. 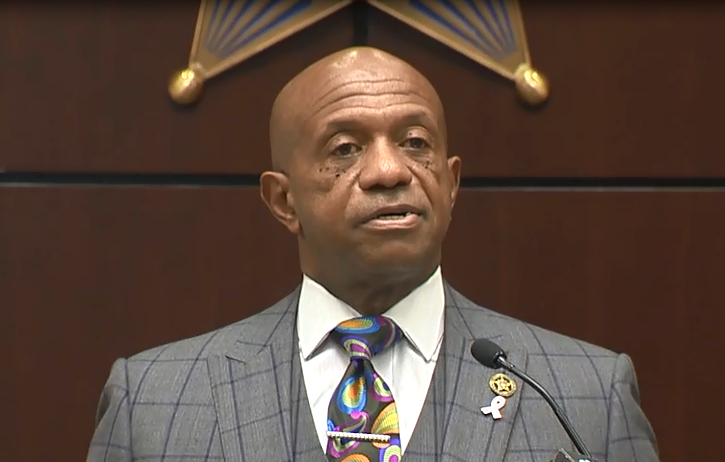 According to the new policy, deputies may charge a driver with regulatory offenses only after having stopped a vehicle for a more serious and/or potentially hazardous violation; however, regulatory offenses cannot be the sole basis for a traffic stop.

Examples of regulatory offenses include financial responsibility violations (i.e. no insurance), vehicle inspections violations, certain driver’s license violations such as driving while license revoked, certain vehicle equipment violations such as improper mufflers, non-working head and rear lamps, window tinting, and a number of other non-moving violations enumerated in the policy.

MCSO is requiring deputies to pass an exam on the policy change.

During the presentation, Forward Justice attorneys emphasized how racial disparities are reinforced by investigative and regulatory stops. Their data showed that although traffic stops are the most common police interaction, in North Carolina, Black people are about 22 percent of the population yet 30 percent of traffic stops. Comparatively, white people are 69 percent of the population but 60 percent of traffic stops – making Black drivers 95 percent more likely to be stopped. Additionally, data from the UNC School of Govermnent Criminal Innovation Lab shows that of the top 10 most charged offenses in Mecklenburg County, 5 of them are regulatory in nature.

Senior Criminal Justice Counsel for Forward Justice, Whitley Carpenter stated, “Traffic stops can lead to harmful, and sometimes deadly interactions, particularly for people of color. By eliminating traffic stops for these low-level infractions that do not contribute to public safety, we can begin to minimize unnecessary and potentially harmful interactions between law enforcement and communities and address the racial disparities clearly inherent in these stops.”

Forward Justice also utilized data from NCCopWatch.org, a web platform that presents data collected by the NC State Bureau of Investigation (NC SBI) related to all known traffic stops to have occurred in North Carolina since January 2002, to explain that while Black people make up only 30.8 percent of people living in Mecklenburg County, they make up 47.7 percent of the area’s traffic stops. A simple solution was proposed: to eliminate non-moving and non-safety-related regulatory traffic stops. MCSO attorneys worked with Forward Justice attorneys over the following months to develop, draft, and adopt this new policy for Mecklenburg County Sheriff’s Office.