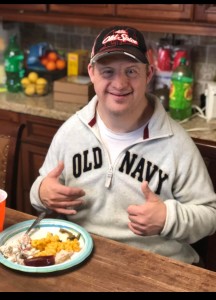 STANLEY, N.C. – An update on the local Wendy’s worker with Down Syndrome who was abruptly fired from his job. Wendy’s called the firing “an unfortunate mistake” and offered Dennis Peek his job back. But his family has decided he won’t return to the restaurant in Stanley. Instead, his family will throw him a retirement party, to celebrate his more than 20 years of work at the fast food chain. His sister tells WCCB the party will be at Harper Park in Stanley on Saturday, November 5th, and it is open to the public. The party is from 2P-4P.

His family has also set up a P.O. Box for people who’ve asked about sending Dennis retirement gifts. His sister tells WCCB he loves to write, and would appreciate paper and colored pencils. He also loves tee-shirts with older cartoon characters on them, and DVD sets of the TV series Touched By An Angel or older sitcoms.