Charlotte-Mecklenburg Police say that Effat Effat has been found safe and has been reunited with his family.

He was seen leaving the Novant Health Hospital on Hawthorne Lane on foot shortly before noon on Saturday.

Effat was possibly seen around 9 p.m. near the 4900 block of Clintwood Drive and may have gotten into a vehicle. 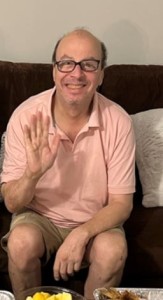 He is described as a Middle Eastern man, with balding black hair, brown eyes, standing at 6 feet tall and weighing 195 pounds. He was last wearing grey pants and a black jacket.

Anyone with information is asked to call 911 immediately.