Ticketmaster Is The Anti-Hero In Taylor Swift Ticket Pre-Sale 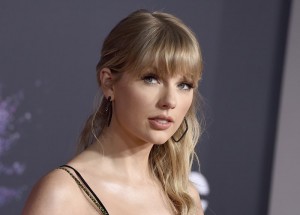 CHARLOTTE, N.C. – (CNN) Taylor Swift fans were ready for it. Pre-sale tickets for the musician’s new tour began Tuesday, but fans have reported Ticketmaster’s website crashing or freezing during purchase. There are also complaints about the website not loading or allowing people to access tickets, despite having a pre-sale code. Ticketmaster said there has been “unprecedented demand” for tickets. The company denied the website being down. It urged verified pre-sale fans to log in through the link they received via text instead of the main homepage.

Fans tweeted their frustration, writing: “If Chick fil A was in charge of the Ticketmaster queue, I would’ve had Taylor Swift tickets within minutes just saying.” Another wrote, “Being stuck in the Ticketmaster queue really has you wondering how different your life would be if you never listened to ‘Our Song’ on the radio in 2006 that one time.” And another joked, “It’s called the ‘Eras’ tour because if you try to log in to Ticketmaster all you get are era messages.”

“The Eras Tour” kicks off March 18th in Arizona.