MONROE, N.C. — President Joe Biden is set to save a turkey and its alternate from Monroe this Thanksgiving. 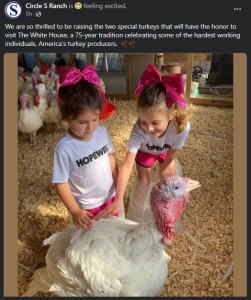 The pardons will happen during the Annual National Thanksgiving Turkey Pardoning Ceremony on Monday, Nov. 21 on the South Lawn of the White House.

This is the tradition’s 75th anniversary.

After the ceremony, the two turkeys will go to Raleigh. That’s where they will live out their days in special private quarters at NC State’s Lake Wheeler Road facilities under the expert care of university poultry specialists and students.