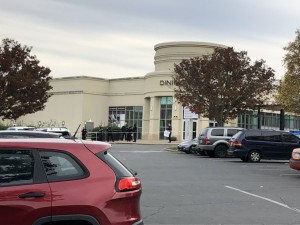 Police can be seen outside the mall during the evacuation.

SouthPark Mall has since reopened after a scare that caused the mall to be evacuated.

CHARLOTTE, N.C. — CMPD says no one was shot and that it is unclear if a shooting happened. SouthPark Mall was evacuated as a precaution.

Charlotte EMS says that they took one person to the hospital with minor injuries not related to a gun. Additional people are being checked out by medical personnel.