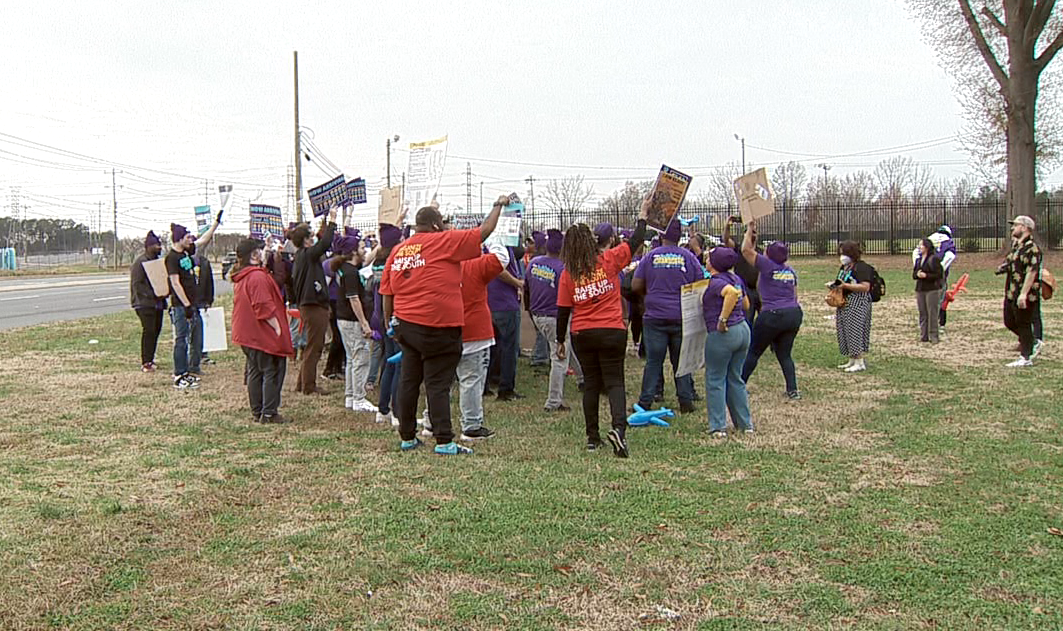 Dozens gathered outside the Charlotte Douglas International Airport Thursday to make their voices heard.  They join support staff around the country who are calling on lawmakers to step in.  Many of them say they work more than 40 hours a week and still do not have enough money to make ends meet.

They want Congress to pass the Good Jobs For Good Airports Act. Massachusetts Senator Ed Markey introduced the measure in June.  That bill will require workers be paid a minimum of $15 per hour, as well as paid time off.  Union organizers hope to get the bill passed next year.