With The Clock Ticking, Still No Decision On CMS Interim Superintendent

CHARLOTTE, N.C. — The Charlotte-Mecklenburg Schools Board of Education held an emergency meeting Friday but still did not reach a conclusion on who will replace outgoing CMS interim superintendent Hugh Hattabaugh. 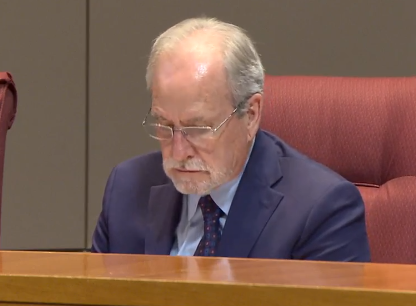 Hattabaugh will not be returning at the beginning of next year.  During Monday’s Board of Education meeting, Hattabaugh issued his final report to board members.  He had these final words, “”We all need to remember the following quote. ‘Leadership is not about being the best. Leadership is about making everyone else better. Thank you.'” said Hattabaugh.

Hugh Hattabaugh started his career with CMS back in 2007 and served as interim superintendent in the 2011-2012 school year.

The school board voted to have him step back into the role in April after firing Earnest Winston saying change was needed to improve student outcomes.

Hattabaugh was supposed to hold the position until the end of June 2023 as the district looks for it’s sixth superintendent in the past decade.  Hattabaugh says his decision to resign in December is to help take care of his father who is 98 years old.