SHELBY, N.C. — The Cleveland County Sheriff’s Office say that Mary Madigan has been found safe, less than a day after she went missing.

Madigan is reportedly suffering from dementia or Alzheimer’s. 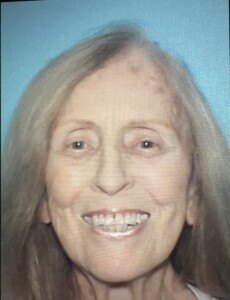 Madigan is described as a white woman standing 5 feet, 5 inches tall and weighing 120 pounds. She has shoulder-length gray hair, brown eyes, and was seen wearing a blue t-shirt and dark pants.

She was last seen on Horse Haven Lane in Shelby in a tan 2001 Lincoln Continental with the license plate number KCD-4598.

Anyone with information about Mary Madigan’s location is asked to call Deputy Granados with the Cleveland County Sheriff’s Office at 704-484-4822.