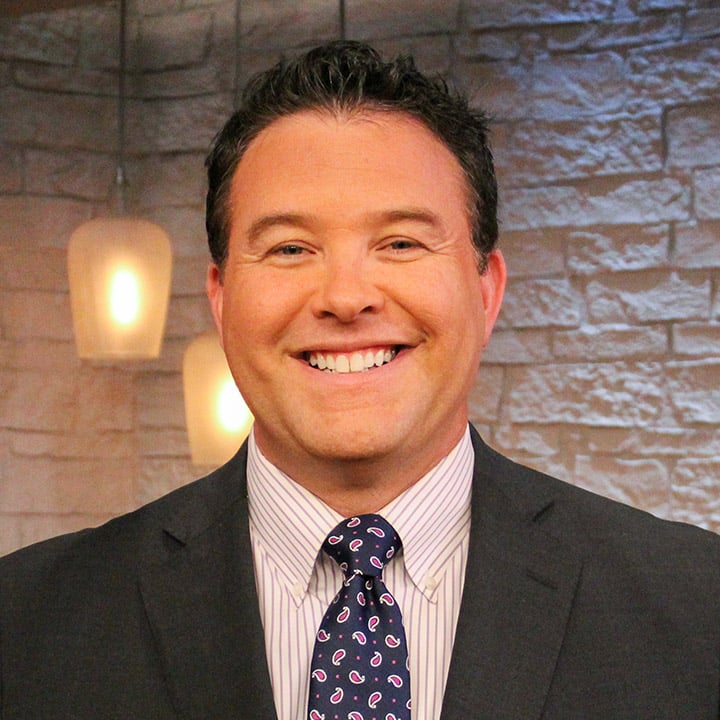 Brian’s road to becoming a member of the WCCB weather team started with a degree in Broadcast Journalism from Northern Arizona University. During his time as a proud Lumberjack, he played trombone in the marching band and did a fair amount of skiing (fun weather fact—yes, there is snow in Arizona!).

From there he completed the Broadcast Meteorology program at Mississippi State and took his first weather job as the weekday Morning Meteorologist in El Paso, Texas. After that, he spent three years covering the weekday morning weather in Tucson, Arizona. That was when he realized that outside of the summer monsoon season, doing weather in the desert isn’t that exciting. So, he and his family hit the road for Memphis, where tornadoes, flooding, and ice-storms were only part of the forecasting fun.

But after visiting his wife’s family in the Queen City and getting a taste of the area’s beautiful rivers, lakes, and rolling hills, along with the great food and friendly people, he became determined to become a Charlottean. He didn’t have to wait long before a job became available. He spent a year as the chief meteorologist at another station in town before he was thrilled to join the best (and certainly most fun) news team in the Queen City at WCCB.

Brian’s proudest achievement, however, still has to be his college job as a jungle cruise skipper at Disneyland. (As he continually reminds his wife, the female staffers that summer voted him “guy they’d most like to be stranded on Tom Sawyer’s island with.” She usually responds, “It’s been 20 years. Give it a rest.”).

If you see him out and about with his beautiful wife, Megan, two of the cutest (and loudest) little girls in the world, or a dog with the worst breath in the world, don’t be afraid to come up and say hi. He’s always looking for fun human interest stories to cover, so if you’ve got a good idea, he’d love to hear about it. If you’re lucky (or maybe unlucky) he may even dust off a few of those old jungle cruise jokes for you.

We’ve got storms pushing through tonight. Some likely become severe. Biggest threat is damaging wind, but we could also see some hail and periods of heavy rain. Sunday…

Freezing And Near Freezing Mornings This Week.

We'll see more lows in the 30s than not over the next seven days. .  We're right back down into the mid 30s tonight, and may even hit…

Cold Overnights This Week. Get A Chance To Dry Out.

We're not quite done with winter here in the Piedmont. Most nights this week see temps dip into the 30s, and we may even see a few freezing…

Great Start To The Week. ACC Tournament Gets Sunshine.

Monday starts out with lots of clouds, but the sun breaks out during the afternoon. Highs warm to near 70°.  The ACC Tournament starts well with Tuesday and…

Today gets a big warm up with highs soaring into the low 70s. After a few morning showers, the rest of the day stays dry.

Rainy Start To The Weekend

Expect steady showers until nearly midnight with up to a half inch of rain. Patchy fog develops after that sticking into Saturday morning. Saturday afternoon and evening pick up…

Blast Of Cold Air Moving In. Rain Comes Back This Weekend.

We're going to kick off a string of freezing temperatures tonight. We'll stay cold through the middle part of the week. While our southern counties could see a few flurries…

Cold Start To A Chilly Week

We're going to kick off a string of freezing temperatures tonight. We'll stay cold through the middle part of the week. Highs Tuesday and Wednesday top out in the…

Cold front pushing across the Piedmont tonight. It's going to mean mainly rain, heavy at times, with a slight chance for severe t'storms. It clears out by Monday,…