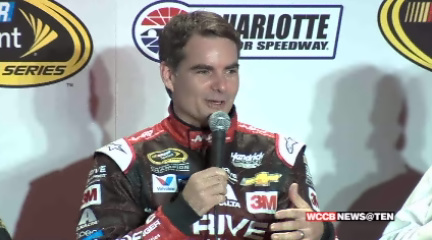 CHARLOTTE, N.C. (AP) _ Chase Elliott will replace Jeff Gordon when the four-time NASCAR champion retires at the end of this season.

Elliott is the reigning Xfinity Series champion, and Hendrick Motorsports had to find a Sprint Cup seat for him or risk losing the 19-year-old to another organization.
Elliott will drive a second season in NASCAR’s second-tier series this year with JR Motorsports. He will also make five Sprint Cup starts, debuting in March at Martinsville, in the No. 25 Chevrolet for Hendrick.
He’ll be paired with Gordon’s current crew chief, Alan Gustafson, next season. No sponsor was announced.
Gordon announced last week that his 23rd season will be his final full-time year as a driver.