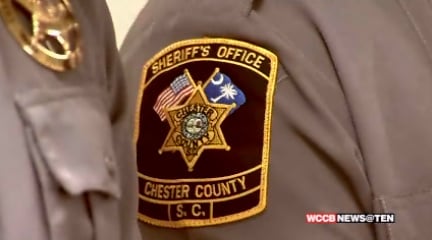 CHESTER CO., SC — The Chester County School District says it will replace School Resource Officers from the Sheriff’s Office with security officers from a private company. Sheriff Alex Underwood got the word Friday.

“This is stupid. I mean, a security guard, really?” said Sheriff Underwood. “This is ridiculous. Find somewhere else to send your kids to school because these schools will not be safe.”

Since 2013, he’s asked the County to find more deputies in the schools. The cheaper alternative, the district says, is to add armed security officers to each campus. The district says the 10 security guards are retired troopers, military veterans with adequate training and the ability to arrest. The move is part of the district’s 2013 safety plan to have an officer on every campus.
“If you want to add a couple more deputies, we’re fine with that,” said Chester High School parent Kearsten Moffatte. “We don’t want this new thing.”
Parents’ concern is that the security company, Defender Services, is based in Columbia. They say the deputies have built a relationship in the schools.
“They’re deputies,” said Brett Church. “They know what’s going on in this community. They know who our gang bangers are and who aren’t.”
Unless something changes, the four deputies will be jobless by July.
“The community needs to be out there raising hell,” said Sheriff Underwood.
He’s calling on them to contact school board members and urge them to make a change.
The district wouldn’t say how much the security officers will cost because the price isn’t set yet.