DA Backs Up Decision to Clear Officers Who Killed Three 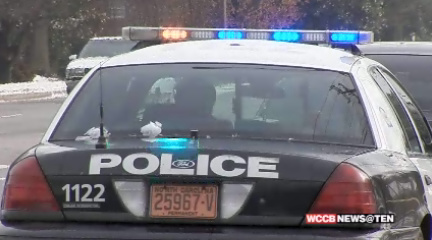 GASTON COUNTY, NC — Gaston County District Attorney Locke Bell met with community members to back up his decision not to charge six officers involved in shootings that killed three people this year.

Dozens from around the county showed up to ask questions about his decision and find out what needs to be done to prevent the deaths from happening in the future.
Bell explained each case for an hour and a half.
“I don’t want you to think I don’t feel sadness for what happened,” said Bell.
Officers shot Betty Sexton after she called them to get unwanted guests to leave her home. The DA says witnesses said she was under the influence of pills and pointed a shotgun at police.
In Dean Poole’s case, he was a Navy Veteran suffering from PTSD and suicidal thoughts, according to investigators. Police shot him on his lawnmower in his front yard. The DA says he reached for his pistol.
Officers shot Howard Allen at his home where he was recovering from heart surgery. Someone police thought was family called for a welfare check on the 74-year-old. Investigators say firefighters pried open the lock on his door after several failed attempts to get him to answer phone calls and knocks. Police say he pointed a gun at them while they were conducting that check at his home.
Allen’s sister, Elma Allen, faced the DA Tuesday. She says family did not ask for that welfare check and wonders if the situation could have been handled differently.
The question the crowd asked repeatedly: How do we avoid police shootings in the future?
The DA says based on evidence and witness statements, the officers all felt their lives were in danger. By law, officers can use deadly force in those situations.
The DA says police policy isn’t the issue. He says the issue here lies with people pointing guns at police.