CHARLOTTE, N.C. – Ashley Armstrong used to be seen at any music venue worth it’s salt in Charlotte, taking in touring and local acts alike and often venturing out to folk festivals around the Carolinas. She even had a stint in WCCB’s Digital Department (after a successful internship), while at the same time gaining notoriety on Vine as a featured musician. Twitter ended up shutting down Vine but that wasn’t before Ashley met some likeminded musical talent in the form of Leslie Laine and Whitney Galaher, who together created the indie-folk trio, Dear Ears. The group has released an EP, four music videos and a full-length album ‘Doe Eyed’ (available now on iTunes and Spotify).

This didn’t come without a cost – at least for Charlotte, but our loss is New York’s gain as Ashley now resides in Brooklyn, where she writes, records and can be seen performing in intimate venues. Ashley, Leslie and Whitney are currently working on a second Dear Ears album (to be released Summer 2019) but Ashley has also been hard at work producing her first solo project, “For Ghosts.” The EP pulls inspiration from traditional folk, southern rock, and indie surf to create a sound that reflects her southern roots and current journey as a young musician in New York. Written for the ghosts of her past, the album touches on past relationships both tumultuous and all-too-still, as well as her conflicting understandings as a woman raised in The South.

MY SINGLE IS OUT!! Listen to I Don’t Feel Anything: https://t.co/3D7wEw8IzX pic.twitter.com/AtvHQDHEJI

This leads us to Armstrong’s first single, “I Don’t Feel Anything.” Released on May 18th and available on Spotify, only now do we have a music video to accompany the upbeat (or downbeat, depending on your take) southern indie alt-pop debut!

I wrote “I Don’t Feel Anything” in hopes of combining the conflicting emotions I once felt during the end of a not-so-healthy relationship. I wanted the song to have the same sort of dissonance I was experiencing that the time. My incredible producer Nellie Fitzgerald really helped bring this feeling to life. The tune is upbeat and uses light sounds like chimes and clapping, and if you don’t pay too close attention to the lyrics you might assume that it’s happy. However, the lyrics are dark and withdrawn. They paint a picture of someone who can’t connect emotionally with people or get out of their own head. I wanted the video to reflect that as well.

I met Maris Jones around 2014 on Vine. We were both creators on the platform and we had a lot of mutual friends. She has an artistic touch that is entirely her own – the type of magic where you can see her work and immediately say “oh that’s Maris Jones!” I knew that she could tell this story in a visually creative way, and after talking with her about the video just once I knew the project was in the right hands.

The concept that she created is (and I know I’m biased, but I still say) absolutely perfect. The video takes place in a bright fairytale setting, complete with puppet woodland creatures and paper trees. I’m bright-eyed and smiling, and the set is full of life and color, meanwhile, I’m singing to the animals about how I feel nothing at all. The visual setting matches the tune completely and doesn’t match the lyrics at all, which is exactly what I wanted.

Maris is known for making beautiful and intricate props and sets out of paper and cardboard. In the video, I’m surrounded by a perfectly constructed wonderland, but it isn’t real. I think that’s the reality I was living in when I wrote the song – my life looked really nice from the outside but it was just for show. It could have been torn down just as easily as the backdrop to reveal nothing but a blank white wall.

There’s a darkness to this video, but at its core, it is about finding empowerment. My character attempts to make a potion to give herself feelings, but it doesn’t work. Upon accepting that, she transforms into something brighter and bolder than before (cue the costume change and Technicolor rainbows!) This is a character that can’t be touched by the liquor of love or the trope of classic fairytale romance, and I hope that independence resonates with people. 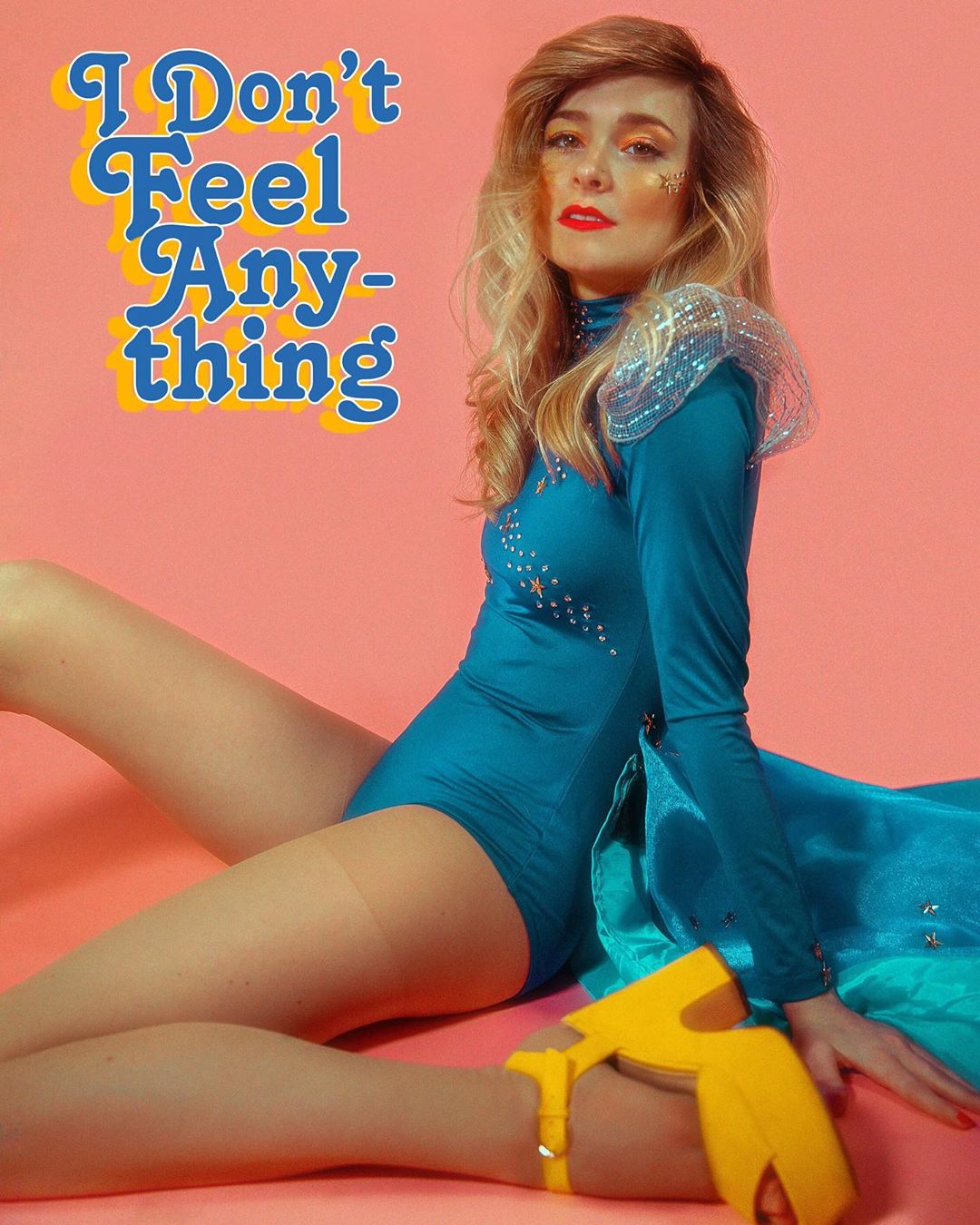 More Ashley Armstrong? You got it. Here is Dear Ears most popular video, “Social Media Superstar” followed by “Don’t Remind Us” by WALS on which Ashley featured. The locations – if not the artist himself in that video, might be a little more recognizable to those in Charlotte…