ROWAN COUNTY, N.C. — A Winston-Salem man has been arrested and charged with trafficking heroin after a chase through western Rowan County.

Authorities say 24-year-old  Deionte Keaton was wanted for trafficking heroin by the Rowan County Sheriff’s Office in connection with an incident that occurred in Woodleaf, North Carolina on June 29th, 2019.

On June 29th, investigators arrested 39-year-old Michael White Jr. after he was found in possession of 562 grams of heroin, 172 grams of cocaine, 14 grams of crystal methamphetamine, and a .380 Ruger, Model LCP, semi-automatic handgun.

On Tuesday, October 15th, Keaton was seen in a black 2012 Honda Accord on Miller Road, just outside of Salisbury, North Carolina. 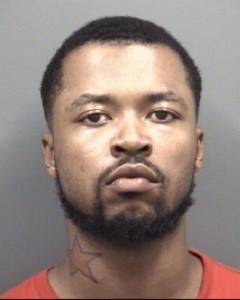 Rowan County deputies attempted to stop the Honda but Keaton fled and the chase continued onto Sherills Ford Road, where deputies lost sight of the Honda.

Investigators were able to locate the Honda in the parking lot of the Rolling Hills Apartments on Ashbrook Road.

Law enforcement set up a perimeter in the area and with the assistance of concerned citizens, Keaton was found hiding in a dumpster and taken into custody at the Rushco Food Store on Statesville Boulevard.

A search warrant was executed at Keaton’s Winston-Salem residence and investigators found one-half kilogram of cocaine, an unspecified amount of marijuana and a firearm.

Keaton has been charged with conspiracy to traffick heroin, two counts of trafficking heroin by possession and delivery, and felony fleeing to elude. He was placed under a $1, 550,000 bond.

Charges are pending in Forsyth County related to the search of his residence.