CHARLOTTE, N.C. — The Charlotte Hornets are above .500 seven games into the season and tonight they welcome back the player who helped return the franchise to relevance.

First of all, I hope the fans at The Hive welcome Kemba back as gracefully as he played for the organization for so many years. 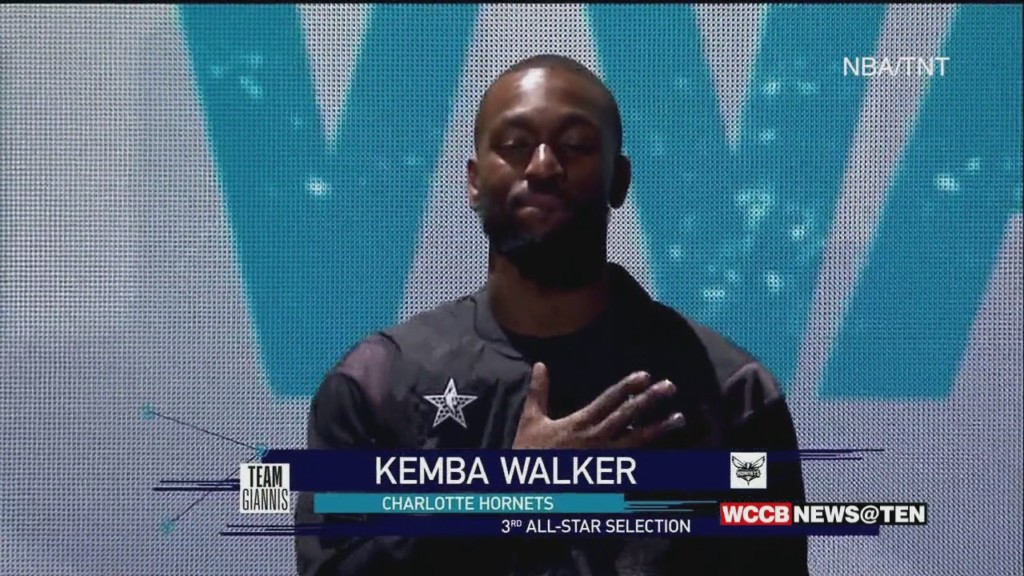 I also hope the Hornets extend their winning streak to four games tonight and spoil Walker’s return.  The game is being nationally televised at 8 p.m. on TNT and it will be exciting to see how the young Hornets look in the lights.

Lost in the nostalgia surrounding Kemba’s return and the optimism abounding from the Hornets’ surprising 4-3 start is the man whose personnel decisions partly led to this day and will shape the franchise’s future for years to come.

As a player and general manger, Mitch Kupchak was a Los Angeles Laker for 36 years. He was the general manager  of the Lakers for 17 seasons and  oversaw four NBA Championships, albeit with core players inherited from the previous general manager, Jerry West.  Kupchak also traded Shaquille O’Neal to the Miami Heat and signed Kobe Bryant to his final contract among many other decisions. 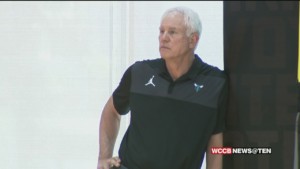 The merits of each individual decision can be debated but there is no debating that Kupchak is well respected within the NBA community, which he has been a part of for over 40 years.

In Charlotte, Kupchak will undoubtedly be remembered as the GM who let Kemba Walker leave in free agency but, in fairness, he inherited a difficult situation that was further complicated by Michael Jordan’s desire not to pay the luxury tax in order to retain Walker.

Since becoming the Hornets general Manager in April of 2018, Kupchak has most notably drafted Shai Gilgeous-Alexander, who was traded for Miles Bridges, and P.J. Washington in the first rounds of the 2018 and 2019 NBA Drafts respectively. 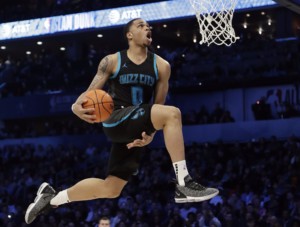 Gilgeous Alexander is now a member of the Oklahoma City Thunder and already has the appearance of a future All-Star. However, Miles Bridges’ energy and athleticism were a perfect fit for the Hornets’ roster during his rookie season, and Bridges seems as if he will continue to grow into an above average NBA player. 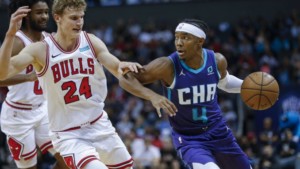 Devontè Graham looks like a second round steal in his sophomore season.  He’s currently averaging 17.3 points and 6.7 assists.

P.J. Washington also appears to be a late-lottery value pick.  Kupchak noted in the preseason that Washington was displaying a long-range shooting ability that was unseen at Kentucky.   Washington is shooting nearly 47% from behind the arc and his all-around ability and maturity have earned him a place in the Hornets’ starting line-up.

Kupchak has consistently referred to a grading system when discussing his evaluation of draft talent.  I don’t know what that grading system entails and in all honesty, I thought the selections of Bridges and Washington were low risk, low reward picks. 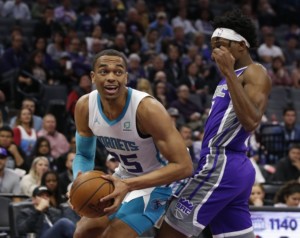 I may have undervalued both players, and especially Washington, which is encouraging as a Hornets fan.  Following Rich Cho’s tenure as GM, it was painfully obvious that the Hornets needed to re-think their draft strategy.

The best franchises often get lucky with draft picks who outperform their draft positions. So far, Kupchak seems to have drafted several of those players.

The Hornets are exceeding expectations in the infancy of the post-Kemba era and while I believe the organization is pleased with the chemistry and success of the current roster, I also believe they anticipated being a high-lottery team.

When the dust settles in April, a playoff run is unlikely for the Hornets, so they will likely be drafting in the lottery again. How high they draft is contingent on how long these upstarts can maintain their positive vibes and winning ways.  Head Coach James Borrego deserves credit for allowing the young players to flourish at the expense of overpaid veterans. 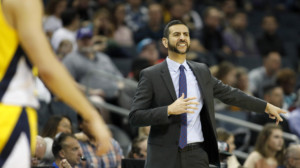 Right now, the team is highly competitive and fun to watch.  Even if the Hornets would prefer better odds in the lottery, a young team playing well is never a bad thing because it means the players are increasing their trade value.  In the last decade, neither the Bobcats nor the Hornets have had many young players who made themselves attractive trade assets to other teams.

So, when the bloated contracts of veterans are either traded or expire, the Hornets might find themselves armed with a more talented roster than expected, cash to pursuit free-agents; and if the Basketball Gods see fit, a prime lottery position from which they can select a cornerstone player in the draft.

Magic Johnson once lobbied for the Lakers to sign Mitch Kupchak, which they did, and they went on to win two championships together as players in Los Angeles. 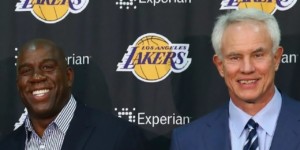 Hopefully Kupchak can bring some of that Lakers’ magic to the Hornets and expedite what many thought would be a lengthy and painful rebuilding process.