Staff Sgt. McLaughlin and Pfc. Villalon were both paratroopers assigned to the 82nd Airborne Division based in Fort Bragg, NC.

McLaughlin, who joined the Army in 2012 and served as a squad leader, is survived by his wife and four children. 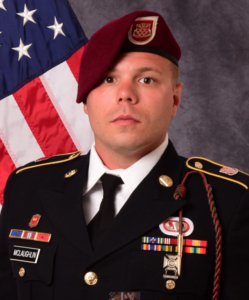 Villalon, who joined the Army in 2018 as a combat engineer and was on his first deployment, is survived by his mother and father. 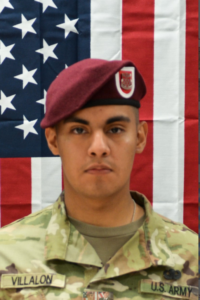 Flags are to remain at halfstaff through sunset on January 19, 2020.

“Our hearts are heavy with the loss of two brave paratroopers in Afghanistan. To honor their memories, I order the flags to half staff.”

As a show of respect, individuals, businesses, schools, municipalities, counties and other government subdivisions are encouraged to fly the flag at half-staff for the duration of time indicated.

Hot in Hollywood: Kelly Clarkson Filling in for Simon on 'AGT' and Zac Efron Joining 'Three Men and a Baby'