After continued investigation CMPD has charged 30-year-old Raheem Kawon Fuller for the murder that happened at La Poblanita Bar and Grill. 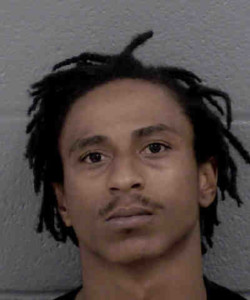 Fuller was identified as a suspect and warrants were obtained for his arrest.

On February 7, Fuller was located by officers on Westinghouse Blvd. Officers then attempted to make contact with the suspect but ran away from them.

After a short foot pursuit, Fuller was apprehended and later interviewed.

According to CMPD, Fuller has been charged with Murder, Robbery with a Dangerous Weapon and 1st Degree Kidnapping.

The CMPD has identified the man who was shot and killed at a southwest Charlotte restaurant Wednesday night as 37-year-old Juan Hernandez.

Police say a man came into the restaurant and shot Hernandez, but the motive is unknown at this time.  According to investigators, Hernandez had been hired by the restaurant to perform maintenance on kitchen equipment and was working at the time of the shooting.

CHARLOTTE, N.C. — Charlotte-Mecklenburg Police are investigating a homicide after a man was shot and killed inside a southwest Charlotte restaurant Wednesday night.

Officers responded to a shooting around 9:10 p.m. at the La Poblanita Bar and Grill on Westinghouse Boulevard near South Tryon Street, in the Steele Creek area.  Arriving officers located a man who had been shot and Medic pronounced the man dead at the scene.  CMPD says they will identify the victim after the family has been notified.

Police have not released any suspect information.  The case is still under investigation and anyone with information about this incident is asked to call 704-432-TIPS and speak directly to a Homicide Unit Detective.  Detective Peden is the lead detective assigned to the case.  The public can also call Crime Stoppers at 704-334-1600 or visit the Crime Stoppers.