CHARLOTTE, N.C. — The Charlotte-Mecklenburg Police Department says an armed robbery suspect has been arrested following a SWAT situation in south Charlotte on Sunday.

At about 6 a.m. on Saturday, February 8th, a suspect went into the Comfort Inn on Westpark Drive, off Tyvola Road, with a gun and demanded money before fleeing in a car, according to police.

Around 6p.m. Saturday evening, investigators say a suspect went into the Super 8 hotel on Texland Boulevard, off Westinghouse Blvd, with a gun and demanded money before fleeing in a car.

Investigators identified 38-year-old Luis Elejarde as a suspect and warrants were issued for his arrest. On Sunday, February 9th around noon, CMPD officers responded to reports that Elejarde was at the Knights Inn on Nations Ford Road near the intersection of I-77. 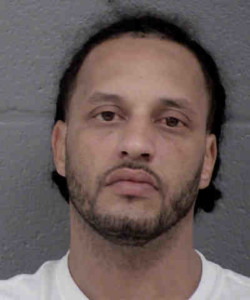 Authorities say Elejarde refused to come out of the motel and nearby residents were relocated as a precaution.  SWAT Team members and negotiators responded to the scene and breached a window after two hours in order to take Elejarde into custody. Elejarde was taken to the hospital as a precaution, according to the CMPD.

Elejarde has been charged with two counts of Common Law Robbery, Injury to Personal Property, Interfere with Electronic Monitoring Device, three counts of Misdemeanor Larceny, and two counts of Robbery with a Dangerous Weapon.