CHARLOTTE, N.C. — The Actor’s Theatre of Charlotte made a desperate plea for donations in hopes of keeping the local community theater open.  Within a week, they raised enough money to announce their 32nd season.

Local Theatres And Art Non-Profits Are Struggling To Stay Open

ATC has been providing professional theatre in the region since 1989.  Earlier in the week, ATC sent an email to subscribers and single-ticket purchasers pleading for donations.

This comes after Mecklenburg county residents voted down a quarter-cent tax increase to fund arts and parks.  Now, several local theaters and art related non-profits are in danger of shutting down.  This has triggered the Arts and Science Council to ask County Commissioners for help.

The quarter-cent sales tax increase that voters rejected in November would have generated $22.5 million a year for the arts.

The Arts and Science Council asked County Commissioners on Tuesday for $5 million more in the upcoming budget. $1 million would go to operating support grants and $450,000 for individual artist grants.

The Arts and Science Council also plans to ask Charlotte City Council for $7 million in funding.

Opening the seven-play Main Stage Series is AMERICAN DREAMS, by Leila Buck, playing August 26 – September 12, 2020, with previews August 21st and 22nd. AMERICAN DREAMS is an immersive, interactive theatrical event that invites us to explore who and what we choose to believe – and how those choices shape who we are as people, communities, and nations.

Next in line, playing October 7 – 31, with previews on October 2nd and 3rd, is the electrifying musical sensation HEDWIG AND THE ANGRY INCH, by John Cameron Mitchell with music and lyrics by Stephen Trask. Ryan Stamey stars as Hedwig, the internationally ignored rock goddess who fell victim to a botched sex-change operation.

Third in the season will be the irreverent yet heartwarming THE ULTIMATE CHRISTMAS SHOW (ABRIDGED) by Reed Martin and Austin Tichenor, playing December 1 – 23, 2020. A Holiday Variety Show and Christmas Pageant gone wrong makes for delightfully twisted holiday cheer.

Regina Taylor’s critically acclaimed musical, CROWNS will be kicking off 2021, playing February 3 – 20. Previews are scheduled for January 29th and 30th. CROWNS is a moving and celebratory musical play in which hats become a springboard for an exploration of black history and identity.

Playing March 17 – April 3, 2021, is the nuVoices 5 Festival winner GHOSTS OF BOGOTA by Diana Burbano. Previews are scheduled March 12th and 13th. Told through a Latinx lens, GHOSTS OF BOGOTA is a comedy about breaking the bonds of family trauma, secrets that won’t remain buried, and never feeling at home in any country that can claim you.

BECOMING DR. RUTH, by Mark St. Germain will be playing May 12 – 29, with previews on May 7th and 8th. BECOMING DR. RUTH is a triumphant bioplay about America’s favorite sex therapist, Ruth Westheimer, as she recounts her life’s journey, from fleeing the Nazis and becoming a sniper to struggling as a single mother in America.

Yet to be announced, the closing show for Actor’s Theatre’s 32nd season is the winner of every major Best Musical award, including 6 Tony® Awards. Playing June 23 – July 10, with previews on June 18th and 19th. This fabulous musical is a celebration of friendship and the belief that you can change the world when you embrace our differences!

Early Bird Season Subscriptions are now available for the 2020 – 2021 seven-show Main Stage Series. Pricing is $180 for a Standard Seating package and $220 for a Premium Seating package. Please visit https://atcharlotte.org/flex-pass/ or call (704) 342-2251 for more information and to purchase your Season Subscriptions. Act by May 15, 2020, and save up to 20% off single ticket prices.

Click HERE to donate to the Actor’s Theatre of Charlotte. 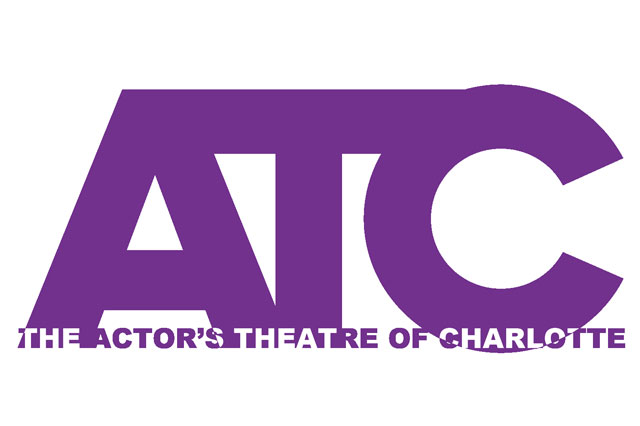 Click HERE to donate to the Arts and Science Council.