CATAWBA COUNTY, N.C. — A Maiden father has been arrested and charged with child abuse after an infant was taken to the hospital with serious injuries last month.

According to the Maiden Police Department, on April 8th, 2020, officers responded to a residential on South 6th Avenue, after receiving reports of an infant who was taken to the hospital with serious injuries that were consistent with child abuse. 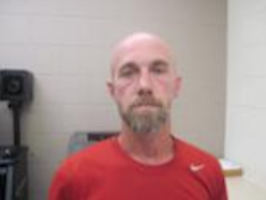 Following and investigation by the Maiden Police Department and the Catawba County Department of Social Services, the child’s father, Amos Davenport was indicted on charges of Negligent Child Abuse Inflicting Serious Physical Injury and Habitual Felon, by a Catawba County Grand Jury.

Police say the infant has been released from the hospital and is doing well.

8PM: DC's Legends Of Tomorrow "This Is Gus"