Officers responded to reports of a motor vehicle crash near Idlewild Road and Drifter Drive around 4 p.m. Upon arrival, officers located a Chevrolet Equinox which had struck a tree around 200 feet from the roadway and down an embankment. All four occupants of the vehicle were transported to the hospital by MEDIC. Once at the hospital, one of the patients, 14-year-old Anahy Amancecatl, was pronounced dead following not wearing a seatbelt at the time of the crash, police say.

After an initial investigation, officers have indicated that the Equinox was traveling at a high rate of speed down Idlewild Road when it crossed the center line and into oncoming traffic. The driver, 21-year-old Michelle Lorenzo, over-corrected and struck a median which caused the vehicle to go airborne. Once the Equinox landed, Lorenzo turned the steering wheel left which caused the vehicle to exit the roadway and down an embankment. The vehicle struck a culvert and continued into a wooded area, and the passenger’s side of the vehicle struck a tree. 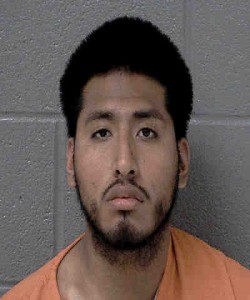 According to news release, Lorenzo was released from the hospital and interviewed at the CMPD’s headquarters. After the interview, he was charged with involuntary manslaughter, reckless driving, no operator’s license, left-of-center and failure to reduce speed.

The investigation into this crash is active and ongoing.

Anyone with information about this incident is asked to contact Detective Kupfer at 704-432-2169, Extension 1, or leave the information anonymously with Crime Stoppers at 704-334-1600 or http://charlottecrimestoppers.com/.