PINEVILLE, N.C. — The Silver Alert for a missing endangered 38-year-old Charlotte man has been cancelled after he was located behind a Pineville business Saturday afternoon.

Devray Nelson was located by Pineville Police Officers behind the businesses on Pineville-Matthews Road, off of Park Road, after an employee at one of the nearby businesses called 911, asking officers to check on him. According to officers, Nelson was transported to a near-by hospital for precautionary reasons and has since been released.

Nelson is now in the care of his family, police say.

CHARLOTTE, N.C. — A Silver Alert has been issued for missing endangered 38-year-old Devray Raheem Nelson. He is believed to be suffering from dementia or some other cognitive impairment, officials say. 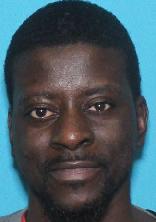 He is described as a black man, 5 feet 1 inch tall, 135 pounds, with short black hair and brown eyes. Nelson was last seen wearing a blue or white shirt and blue jeans.

Nelson left on a black and blue bike with blue wheels in the possible direction of  Statesville.

Anyone with information about Devray Raheem Nelson should call the Charlotte Mecklenburg Police Department at 704-336-3237.