SPARTA, N.C. — A magnitude 5.1 earthquake occurred in Sparta, North Carolina around 8 a.m. on August 9th, according to a news release. 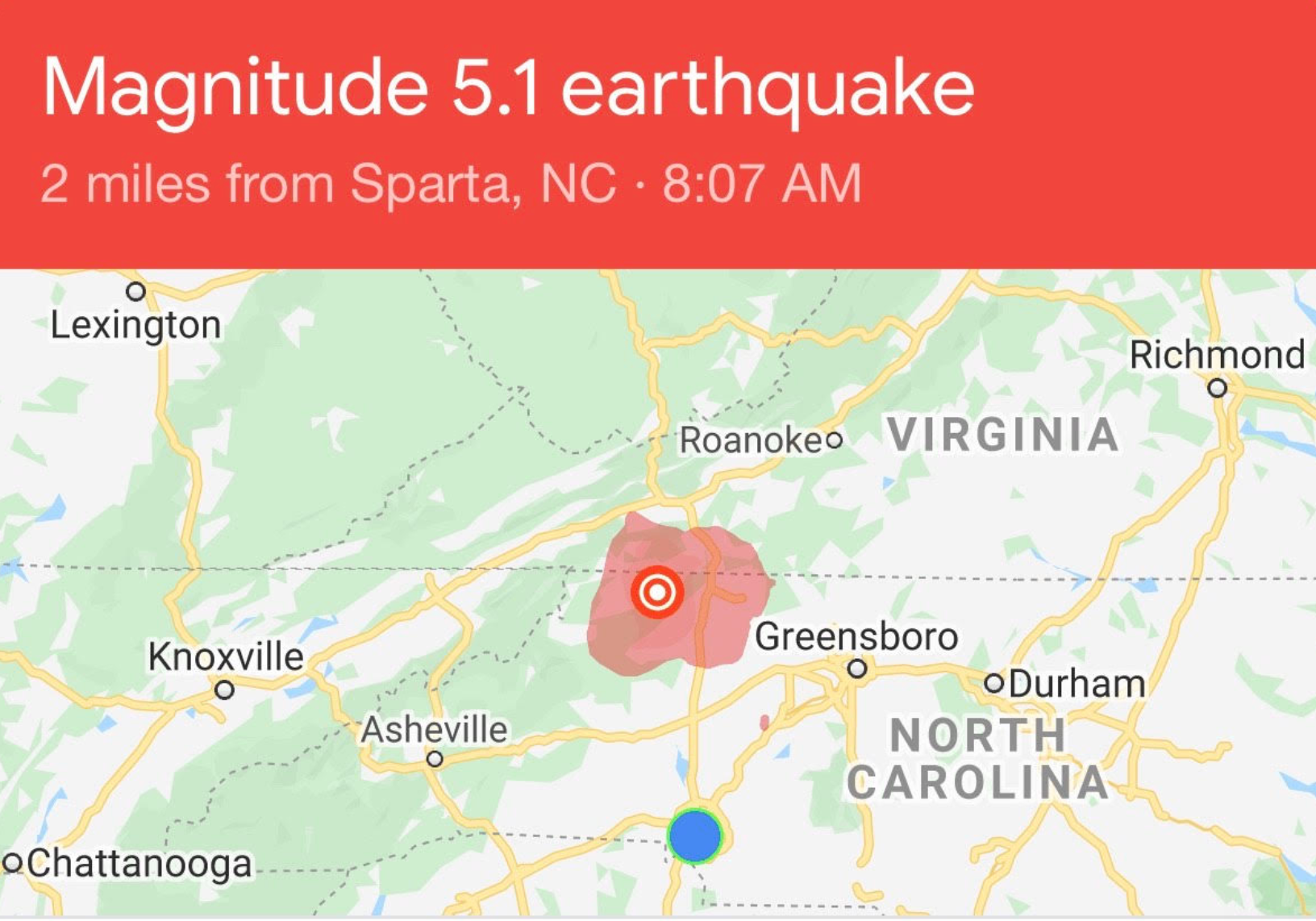 The National Weather Service says the earthquake followed an earlier earthquake with a magnitude of 2.6 in the same area around 2 a.m.

Weather officials say no damage has been reported, but they have received reports, across the GPS forecast area, of shaking structures.

The last time an earthquake of this magnitude hit was in 1916, which occurred near Skyland and had a magnitude of 5.5., according to a news release.