Everything You Have To Look Forward To At The 2020 VMAs

The VMAs will air live on WCCB, Charlotte's CW on Sunday, August 30th at 8 p.m.

The 2020 MTV Video Music Awards has set the , oops I mean stages, a little differently this year with explosive performances and notable words of appreciation to healthcare workers who have tirelessly devoted themselves to public health during the pandemic.

Speaking of the pandemic, MTV has made some noticeable changes to this year’s award show in order to highlight the country’s resilience in the face of coronavirus.

Though the show will highlight the spirit of soooo… many people, what it will truly bring is joy and entertainment into the homes of viewers.

And, we can all use a little entertainment.

Oh, you want a sneak peak as to what to expect, and what will be different at the 2020 award show? Well, I am glad you asked.

MTV & The CW Team Up

Like Batman and Robin or like the moment the Avengers assemble – MTV and The CW have decided to team up to bring the show to the masses. For the first time ever MTV will be forming a partnership to air the live broadcast of the 2020 VMAs. This will allow for even more people to enjoy the entertainment segment. 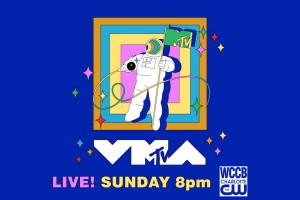 Locally, viewers can mark their calendars and set their alarms on Sunday, August 30th at 8 p.m. because they can now tune into WCCB, Charlotte’s CW for the award show, and will not miss a beat.

MTV was not playing around when they noted that they wanted to celebrate and reflect the spirit of the country’s resilience during the pandemic.

Just like many of us – whether they are our friends, family, the friendly face at the doctors’ office or just the people we think of during these times of crisis – MTV decided to dedicate an award to our everyday heroes.

Not all heroes wear caps – some wear masks, protective gear and a smile.

At the 2020 VMAs there is a category named Everyday Heroes: Frontline Medical Workers. The category celebrates our healthcare workers who took a break from the workday to continue to heal us all with a little entertainment for the soul.

Doctors, nurses, and other healthcare workers put down their stethoscope for a few moments to sing songs like “Lean On Me” and “Amazing Grace.” While others danced like everyone was watching; including the Swab Squad from Jefferson University Hospital who danced to Ciara’s song “Level Up.” The group was even featured on The Ellen Show due to their viral performance.

The VMAs is full of additions this year. The 2020 show will add two new categories that reflect this year perfectly with: “Best Music Video From Home” and “Best Quarantine Performance.”

For the first time one of the infamous Moonman awards will be given to artists who have created new music from their homes during the pandemic and delivered it to ours.

With everything that has been going on – music… music – HAS NOT lost its rhythm and the way it makes us feel. Musicians all across the world have distracted us with catchy tones, new dances, and eased our minds with smooth melodies. These categories are dedicated to the innovative artists who continued to reach out to fans while putting public safety first.

The artists nominated for Best Music Video From Home are 5 Seconds of Summer with “Wildflower,” Ariana Grande & Justin Bieber with “Stuck with U,” Blink-182 with “Happy Days,” Drake with “Toosie Slide,” John Legend with “Bigger Love,” and Twenty One Pilots with “Level of Concern.”

The artists nominated for Best Quarantine Performance are Chloe x Halle with “Do It” from MTV Prom-Athon, CNCO with MTV Unplugged At Home, DJ D-Nice with Club MTV Presents: #DanceTogether, John Legend with #TogetherAtHome Concert Series, Lady Gaga with “Smile” from One World: Together At Home, and Post Malone with a Nirvana Tribute.

Hostess With The Mostest

Keke Palmer is hosting. Whether you know her from her viral gags, her Nickelodeon show True Jackson, VP (which is said to be expecting a reboot), Akeelah and the Bee, her co-hosting gigs or maybe even her music — you understand that this show will be full of fun and laughter.

Keke has been in the industry since she was a child and this seasoned, stylish performer will leave no stone unturned at her 2020 emceeing gig at the VMAs.

If her name is still not ringing a bell, don’t worry that will soon change. On social media, the actress has been known to ‘always keep a job’ or shall I say known as Keke ‘Always Keep A Job’ Palmer. The star hostess, just as much as the performers, will earn the viewers attention and leaving the audience wanting more.

This year artists will be reaching across NYC with performances from various iconic locations throughout Brooklyn, Manhattan, Queens, The Bronx, and Staten Island. There will even be highly-anticipated performances coming live from Korea.

Due to the pandemic, many artists have not had the opportunity to perform for their fans and give the show they feel their supporters deserve, but the VMAs is changing that by providing the platform needed.

Miley Cyrus – an artist who has rich history at the award show from performing to hosting to performing again, the artist is no newbie to making her fans sway with every word, and hang on to her emotional lyrics. Cyrus will be debuting her performance of her new single Midnight Sky, which was just released earlier in August.

The song can be a confidence boost for all those who are single, and don’t care to mingle, and an anthem to those who know who they are, and where they want to go.

Or just a good vibe – take your pick.

Ariana Grande and Lady Gaga – have eyes on them as they are both performers who have racked up the most nominees for the 2020 VMAs with nine each. The duo will celebrate their highly nominated song with the premiere performance of “Rain on Me.”

BTS – the handsome seven-man global superstars will be performing their new HIT “Dynamite,” which is their first single fully sung in English, for the first time at this year’s award show. This will not only be their debut performance, but their debut at the Video Music Awards.

“Dynamite,” a song that will have your feet moving before you know what they are doing, will have frequent and new listeners singing alone before it ends with its catchy hook. The song has seen extremely success since its release, and has appealed to multiple audiences as the group released six versions of the track: the original, instrumental, acoustic remix, EDM remix, tropical remix and a poolside remix.

The group will give an explosive performance of their new song no matter what rendition they decide.