LANCASTER, S.C. — Lancaster police say 21-year-old Reco Miller is under arrest for his involvement in three armed robberies at businesses located in Lancaster County from December 14th through December 23rd. 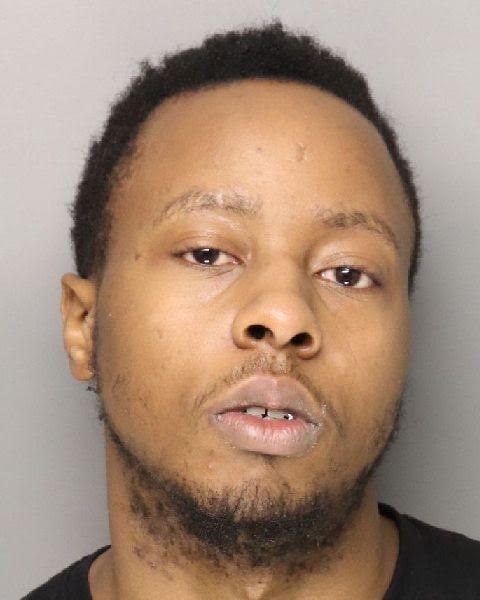 Miller is being held at the Lancaster County Detention Center where he faces charges for three counts of armed robbery and three counts of possession of a firearm during the commission of a violent crime, according to a news release.

Detectives say on Wednesday, December 16th around 2:40 a.m. officers responded to a 911 call from a Quick Trip on Charlotte Highway in Indian Land where a suspect had taken money from the registers.

Police say one clerk and a customer were in the store when the suspect entered the store wearing a hoodie, gloves, and a mask all while carrying a rifle.

Detectives say the suspect stepped over the gate leading to the area behind the counter, and took money from the registers, before leaving the store on foot.

The rifle was not used and no one was injured, according to a news release.

Investigators say both robbers were wearing hoods over their heads, gloves, and masks when one of the robbers, who was armed with a long gun, demanded all the money.

The other robber, armed with a pistol, took money from the registers, and both robbers left the store on foot, but not before throwing two twenty dollar bills at customers and saying “Merry Christmas,” according to a news release.

Police say the robbers were last scene heading toward the wood line near Community Lane, and once again no shots were fired and no one was injured.

Officers say during their investigation they found a similar robbery was committed by a Black man at a Subway on Highway 9 ByPass West on December 14th.

Members of the Lancaster County Multijurisdictional Violent Crime Task Force say they worked together investigating all three robberies, and came to the conclusion Miller was one of their suspects.

Police say after getting a search warrant for the motel Miller was staying in, officers found a handgun, ammunition, money, clothing, and footwear consistent with items worn by the robbers during the robberies.

On December 30th, officers say they went to the apartment Miller was believed to live in and arrested him before taking him into custody.

An additional search warrant was issued, and detectives say they found even more evidence associated with the robberies.

Police say the second robber has not yet been identified, and ask anyone with more information to call the Lancaster County Sheriff’s Office at 803-283-3388 or Midlands Crimestoppers at 888-274-6372.

“Miller’s arrest is the direct result of the efforts of the newly formed Multijurisdictional Violent Crime Task Force,” said Sheriff Barry Faile. “The city had a case and we had cases. It was obvious from the outset they were related. Because investigators from both agencies are now working together from the same location every day, we were able to quickly share information, identify Miller, and take him into custody.”

8PM: All American "Roll The Dice"