CHARLOTTE — A young, black man who grew up in rural North Carolina in the 1940’s had big aspirations of becoming a doctor.  Despite many obstacles, he refused to allow racism and segregation kill his dream.

“It wasn’t easy, I can tell you that,” says Dr. Kenneth Chambers, one of Charlotte’s first black OBGYN’s.

Chambers decided at a young age he would become  a doctor.  He was born in rural Montgomery County, North Carolina.  He says his parents had difficulty getting adequate medical care, and that fueled the fire in him to make a difference. 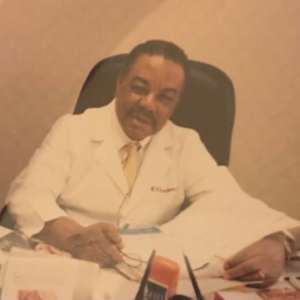 Chambers’ father, a mechanic, encouraged Chambers to attend North Carolina Central, a historically Black University in Durham.  After graduation, Chambers applied to medical school.  After serving in the Army, he was accepted into the prestigious Meharry Medical School, the first African American Medical School in the South.

He got married in his second year, and after graduation in 1959, the family moved to New York for his residency at Harlem Hospital.  Years later, Chambers’ younger brother, Julius, opened a law firm in Charlotte, and encouraged his brother to join him.  Chambers moved to the Queen City in 1966, and became one of the first African Americans in Charlotte to specialize in Obstetrics and Gynecology.

“Medicine was not integrated at that time.  All my patients were black,” says Chambers.

He quickly became popular among his colleagues, who were primarily white men.  Chambers had to get used to his new work environment.

“You don’t feel comfortable around white guys all day long.  Sometimes I felt a little uneasy, but I prayed about it, and the Lord got me through it,” says Chambers.

He evolved as a physician, and it happened in a rather unusual way.

“People go to the hospital, and wait for the obstetrician to come, and deliver the baby.  But, sometimes they don’t get there in time, and I was there.  So, they’d call me to come and deliver this baby for them,” he says.

He practiced at a clinic on Beatties Ford Road for years, serving members of a community where he lives.  After 45 years, he retired in 2003, leaving behind a legacy that broke the color barrier.

“I learned to love people and get along with them. You treat people right, and they’ll treat you right.  I tried my best to do that,’ says Chambers.

The State legislature honored Dr. Chambers for his service and dedication to Charlotte after he announced his retirement in 2003.