CHARLOTTE, N.C. — The Charlotte-Mecklenburg Police Department is investigating a homicide after finding an unresponsive person in a west Charlotte hotel room Sunday afternoon.

Officers responded to a hotel located on Queen City Drive around 1:50 p.m. on April 4th after receiving a welfare check call. Upon arrival, officers found an unresponsive person in a room.

Police say Medic responded and pronounced the victim, identified as a 29-year-old Jaida Peterson, dead at the scene.

Authorities now say Peterson as a Black transgender woman engaged in sex work, and LGBTQ+ advocates including officials with Charlotte Uprising say they are frustrated with the investigation as the local media and police have deadnamed Peterson multiple times in their reports. 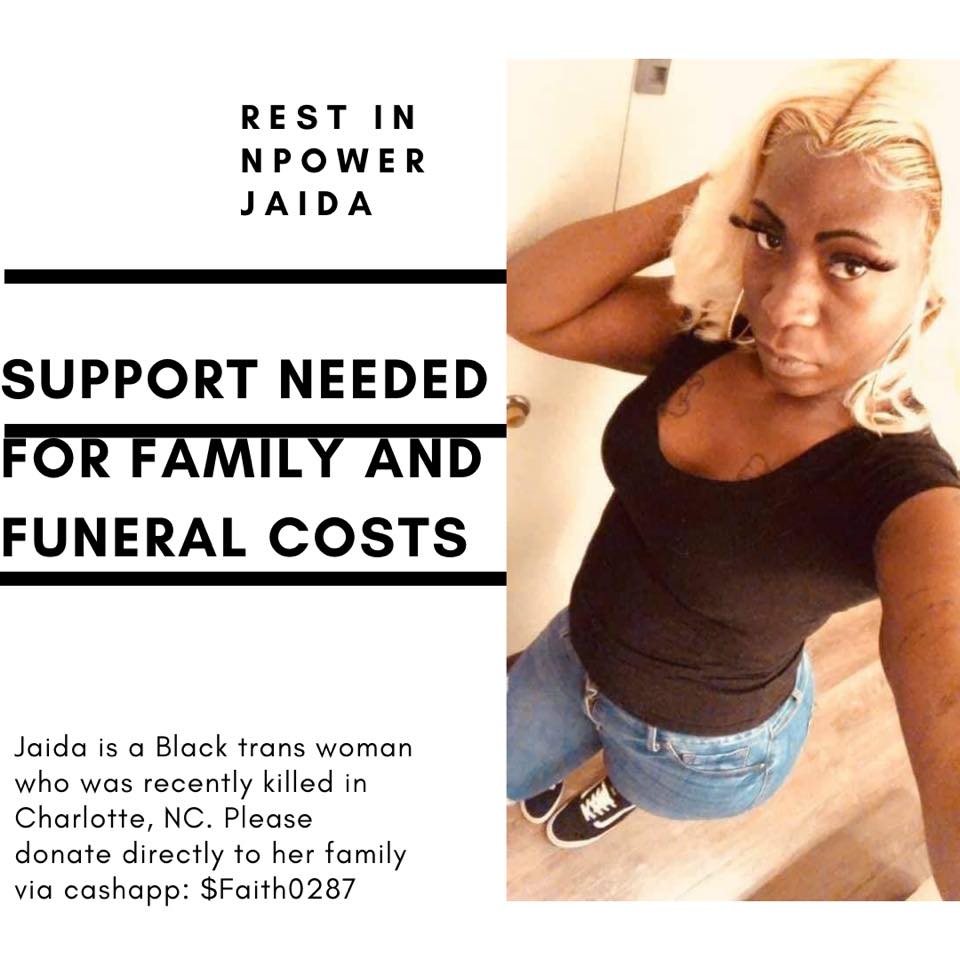 According to a news release, as is standard procedure for any sudden or unexpected death, the CMPD’s Homicide Unit detectives responded to the scene to conduct the investigation, and Crime Scene Search responded to process the scene and collect physical evidence. Additional information gathered by Homicide Unit detectives has determined the victim’s death is the result of a homicide; therefore, this case is now being classified as a homicide.