A Rockhill resident told police he honked his horn after waiting for a suspect, 19-year-old Derrick Long, to continue driving as the traffic light changed green. Long proceeded to drive though the light and waited for the victim at an intersection in the vicinity. 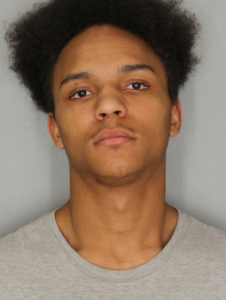 The victim stated that as he approached the intersection, Long proceeded to exit his vehicle, then began yelling at the victim and pulled out a pistol, pointing it at him.

Officers responded to the incident shortly after, locating Long at a Circle K near the intersection. Long stated he was on his phone when the truck driver honked his horn. This irritated him, prompting him to exit his car and yell at the victim. He stated he did not, however point his gun.

Officers asked Long about his firearm, which he stated was lying in his front seat, the firearm was seized and taken for evidence. Meanwhile Long was placed under arrest, and received warrants for Pointing and Presenting a Firearm and unlawfully Carrying a Firearm.