Solo, who also goes by Hope Stevens, was reportedly arrested in a Walmart parking lot.  Police say Solo was driving impaired.  The child abuse charge stems from her two children being in the vehicle at the time of her arrest, according to police.

Police transported Solo to the Forsyth County jail where she was processed. 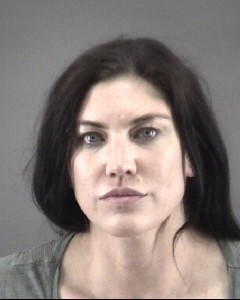 This is not Solo’s first time getting in trouble with the law.  Solo, who has been labeled perhaps the best women’s soccer goalie in the world, was arrested on domestic violence charges after a confrontation with her half-sister and nephew.  Those charges were eventually dismissed by a judge.  She is also accused of threatening an officer in 2014.

Solo posted the following statement from her lawyer on her Twitter page:

“On the advice of counsel, Hope can’t speak about this situation, but she wants everyone to know that her kids are her life, that she was released immediately and is now at home with her family, that the story is more sympathetic than the initial charges suggest, and that she looks forward to her opportunity to defend these charges.”