CHARLOTTE, N.C. — Deputies are working to return a man into custody after he was mistakenly released from the Mecklenburg County Detention Center.

Officials say Quay Davis was erroneously released on Monday, May 9th due to his court information being entered incorrectly. 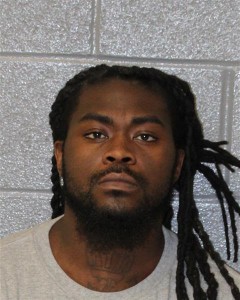 According to the Mecklenburg County Sheriff’s Office, Resident Davis was transported to MCDCC from Bertie Correction on a writ hold April 12th.

Deputies say he immediately appeared in court and was served with a warrant from Pasquotank County for Possession of Weapon by a Prisoner.

Davis received a $75,000 secured bond, according to a news release.

Therefore, Davis was released on May 9th around 11 a.m. due to the possession of of weapon charge being voluntarily dismissed.

MCSO was notified about the error on May 13th.

“Our deputies are working diligently to return Mr. Davis into custody. We will conduct a thorough internal investigation in connection to this erroneous release to determine any possible negligence or policy and procedure violations,” said Sheriff McFadden.