GASTONIA, N.C. — A 39-year-old man faces charges for animal cruelty and dog fighting after police discovered he was operating a dog fighting ring in the back yard of his Gaston County home.

On April 28th around 9 a.m., Gaston County Police Animal Care and Enforcement responded to a home on Hemlock Avenue in Gastonia, N.C. after receiving reports of dog fighting in the back yard.

At the scene, specialists found one dog dead and 29 other dogs caged in the back yard living in poor conditions.

Investigators say there was an immediate concern for their health as some animals were found suffering from obvious injuries.

After efforts were made to contact the residents, officers obtained search warrants to search the home for evidence related to the possible animal cruelty and dog fighting activity.

Goats and rabbits were also found at the home, according to a news release.

Investigators say all the animals were removed from the property and examined by a veterinarian for evaluation and medical treatment.

All of the animals were eventually transferred to undisclosed locations where authorities say they are being rehabilitated based on their medical needs.

Gaston County Police conducted an investigation into this case and presented it to the Gaston County District Attorney’s Office.

On Thursday, May 26th, police charged Terrance Marvin Cooper, 39, with 30 counts of Animal Cruelty and 30 counts of Dog Fighting. 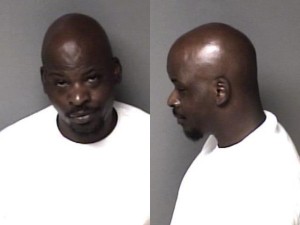 Cooper is currently being held at the Gaston County Jail under a $325,000 secured bond, according to a news release.

Gaston County Animal Care and Enforcement would like to thank our community partners for their assistance and support in this case.

Anyone with information regarding this investigation, or other dog fighting activity in Gaston County, is asked to contact
Detective J. Brienza at 704-866-3320, Gaston County Animal Care and Enforcement at 704-866-3300 or CrimeStoppers at 704-861-8000.