CHARLOTTE, N.C. — CMPD officers have arrested a suspect who stole items from a victim’s home after interviewing for a nanny position. 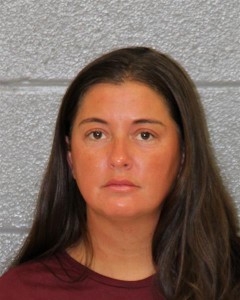 On August 2nd, Seltzer interviewed for a nanny position before returning later to the same home, entering the back door and taking numerous items including bottles of prescription drugs, according to a news release.

Police say some of the items stolen held sentimental value to the victim.

In two other similar cases, detectives say Seltzer was actually working as a childcare provider for families.

In two other cases, Seltzer was actually working as a childcare provider for families. The CMPD is continuing to investigate. Anyone with information about other related crimes should contact @CLTCrimeStopper at 704-334-1600. (4/4)