KERSHAW, S.C. — An adult man and three juveniles are in custody in connection to the shooting death of a 15-year-old girl in Kershaw, according to the Lancaster County Sheriff’s Office.

Deputies responded to the Foxwood Apartments on Country Club Road in Kershaw just before 1:00 a.m. Sunday morning after reports of shots fired into the building. Deputies found possible damage from gunshots to an air conditioning unit facing the road. Deputies said no other damages or injuries were reported at the time.

Later that morning, deputies were dispatched back to the Foxwood Apartments. Officials say a resident found her niece, who had been shot while lying on the couch. Lancaster County Emergency Medical Services pronounced her dead on the scene. 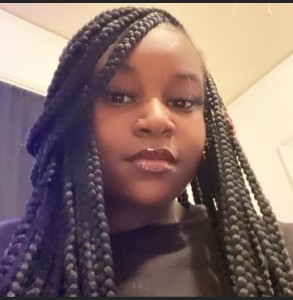 Officials identified the victim as 15-year-old Jashawna Coleman. Authorities say she was visiting relatives and did not live at the complex. Investigators determined she was struck by a bullet that entered through an exterior wall during the shooting initially reported before 1:00 a.m.

Investigators identified a suspect vehicle after speaking with witnesses and reviewing security footage. They found the Nissan Altima was registered to a female who lives at a house on Day Street.

Officials executed a search warrant at two residences on Day Street Wednesday morning. The Nissan was seized and towed for evidence. Authorities say they seized four guns found between both houses.

Multiple people were at the homes at the time. Officials arrested two people. Two other 16-year-old male juveniles were later charged in the shooting. One was located in Camden late Wednesday afternoon and was taken into custody. The other turned himself in Wednesday night. Both will be charged with murder and possession of a firearm during the commission of a violent crime. They were transported to the DJJ detention center in Columbia.

The three juveniles will appear before a Family Court judge who will determine whether they remain in custody. Their names will not be released due to their ages.

The investigation will continue including the forensic analysis of evidence recovered in the case.