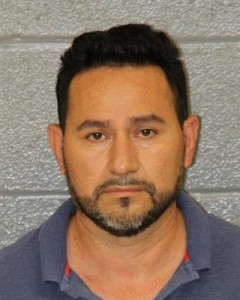 MATTHEWS, N.C. — Police say that Vicente Diaz-Gomez, 45, assaulted a woman who was his Uber passenger.

The victim said that she was traveling home in an Uber when she was sexually assaulted by the driver.

Warrants were later issued for Vicente Diaz-Gomez, 45, of Charlotte, and he was arrested on a charge of 2nd Degree Rape.

An Uber spokesperson released this statement:

“This monstrous behavior has no place on the Uber platform. We take reports of this nature very seriously and immediately removed the driver’s access to the app after this was reported to us. We look forward to assisting law enforcement with their investigation.”

You can see Ubers tools for rider safety HERE and their safety reports HERE.

This comes a little over a month after a woman was assaulted on the Crestdale Heritage Trail near downtown Matthews. That suspect has not been found.