IREDELL COUNTY, N.C. — Deputies have arrested Robert Harris III, of Cleveland, N.C., in connection with the sexual assault of a child. 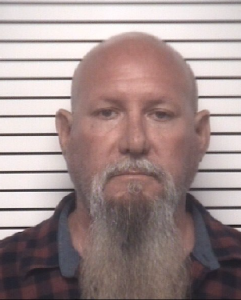 On October 7th, the Iredell County Sheriff’s Office was informed that a juvenile girl had been sexually assaulted.

After some investigation, 53-year-old Harris was named as a suspect. He was arrested on October 18th and is charged with the following: