After two delays, NASA's Artemis I mission to the Moon is a "go" for Wednesday morning

The countdown begins… again. After two delays, NASA’s Artemis 1 mission to the Moon is a go! The rocket is set to launch from Launch Pad 39B at the Kennedy Space Center. There is a two-hour launch window which opens at 1:04 AM Wednesday. As of Tuesday evening at 8 PM, there is a 80% 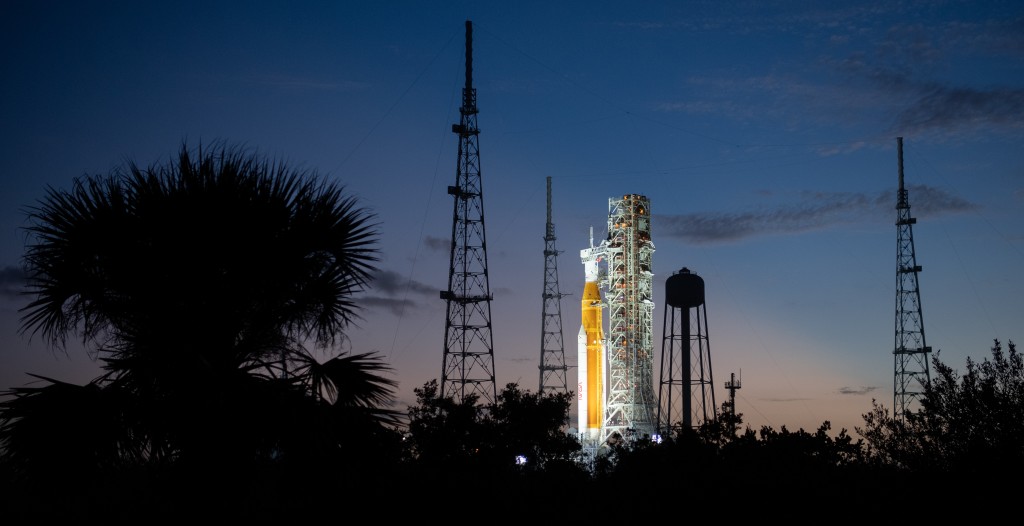 NASA’s Space Launch System (SLS) rocket with the Orion spacecraft aboard is seen illuminated by spotlights after sunset atop the mobile launcher at Launch Pad 39B as preparations for launch continue, Sunday, Nov. 6, 2022, at NASA’s Kennedy Space Center in Florida. Photo Credit: (NASA/Joel Kowsky)

Artemis 1 is the first step in returning humans to the Moon. There are no astronauts on this mission, but this will set the stage for the crewed Artemis 2 launch. Artemis 2 is expected to take place in 2024.

Madison Tuttle is a Public Affairs Specialist with NASA Communications and tells WCCB, “This is a 25 day mission where the capsule will orbit around the Moon a few times and then splash down in the Pacific Ocean. Essentially, we just want to make sure all those systems work just right for the next mission, Artemis 2, where we will have astronauts on board.” 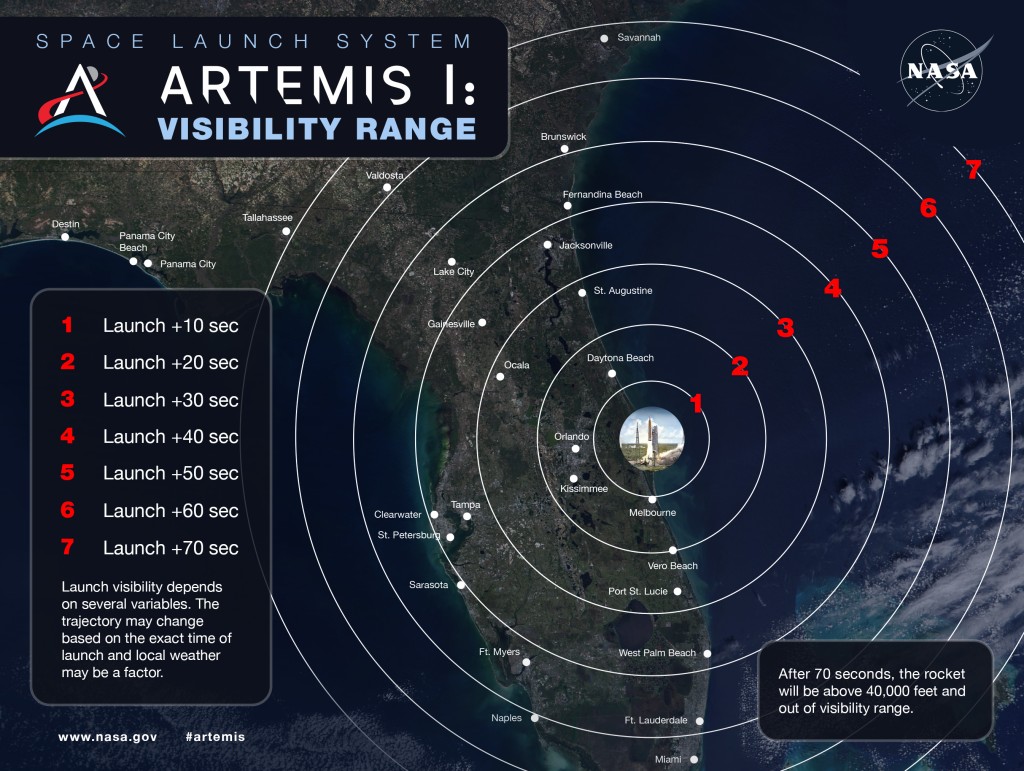