CHARLOTTE, N.C. — Charlotte Douglas International Airport is on pace to see the highest number of flight delays and cancelations so far this Christmas travel season on Thursday.  As of 9:45pm Thursday, the flight tracking website FlightAware is reporting 428 delays and 50 cancellations. 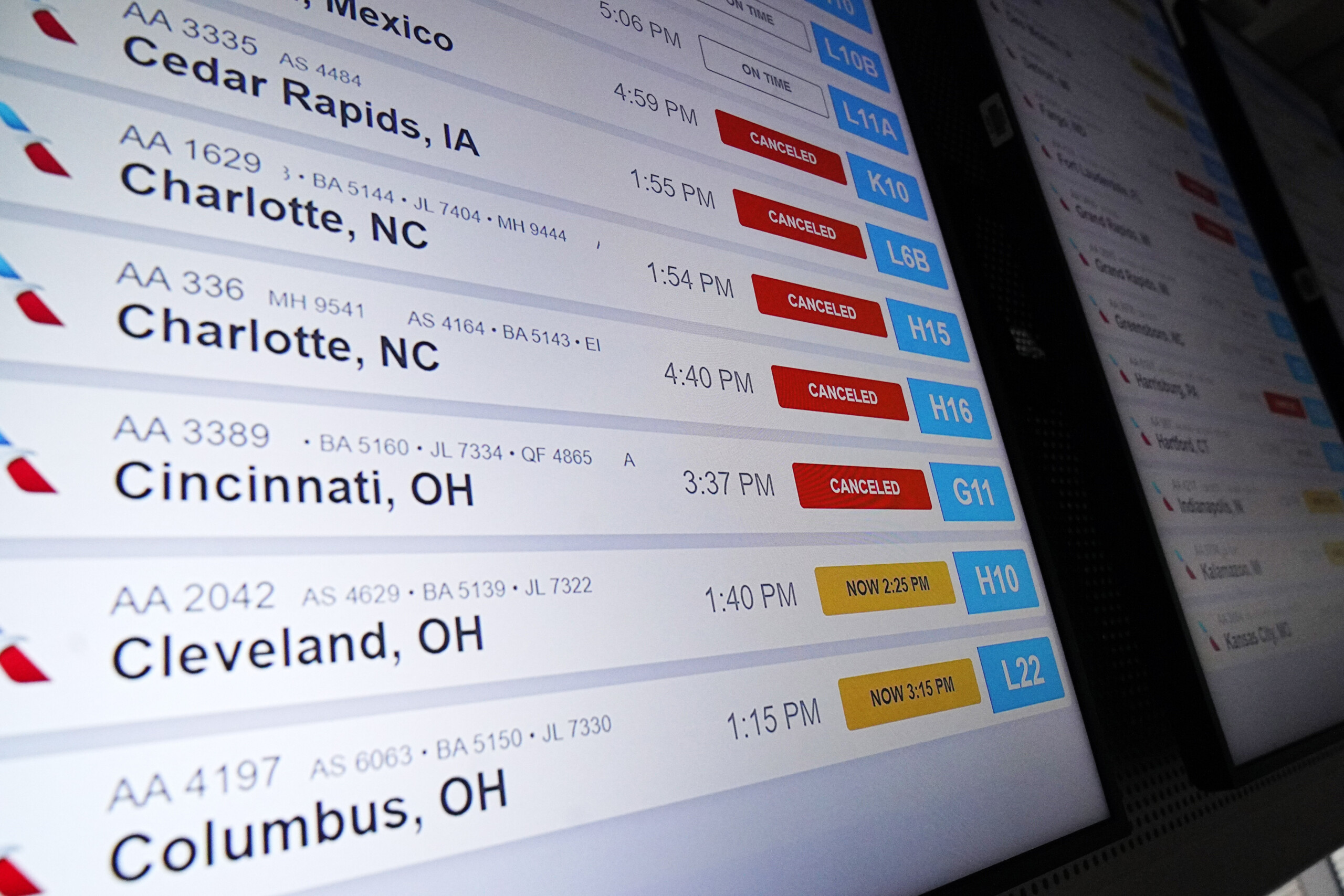 With Christmas Eve just two days away, travelers are up against the clock and a major winter storm that’s sweeping the country.  Jay Bingham is on his way to Myrtle Beach, South Carolina.  He tells WCCB Charlotte that his travels have hit several bumps along the way.

“We were late about an hour in Raleigh.  And now, here, they kicked us back about 45 minutes. And now I just saw on the board its about 2 hours,” said Jay Bingham, holiday traveler.

Andreina Capers has plans to spend Christmas in Fort Lauderdale, Florida.  Her connecting flight from CLT to Nashville was cancelled.

“Well basically they had to cancel my flight to the fact that, the storm and what not, ” said Capers.

As of 9:30pm, FightAware is reporting 9,431 domestic flights delayed across the United States Thursday and 2,429 flights were cancelled. It’s having a ripple effect at Charlotte Douglas.

The Transportation Security Administration (TSA) says Thursday, December 22 and Friday, December 23 are expected to be the busiest travel days before Christmas and again on January 2nd as people return home from their trips.

Traveler Timur Targay says, “When you look at these TSA lines, they are backed up. They are down personnel or whatever. So just take your precautions. Don’t stress out. Come here early. You can maybe catch a burger, eat something or Bojangles. I love Bojangles and Charlotte.”

Airlines have already cancelled more than 1,500 flights Friday because of the winter storm.  Airports in Chicago, IL and Denver, CO are reporting the most cancelations.