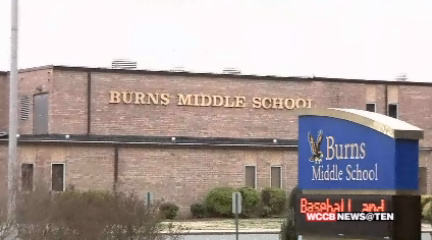 “What’s the point and time? What’s it going to take?” said C.J. Sauer.
Parents like Sauer found out Wednesday that the Cleveland County Sheriff’s Office secured multiple juvenile court petitions. This, after a Burns Middle School student took a video of herself and sent it to a classmate. A teacher caught that student showing others the pornographic video on his phone.
“It’s going to affect a lot of people’s lives and change their lives forever,” said Sauer. “This is serious business.”
March 3, the Sheriff’s Office confiscated the students’ phones and learned several students had shared the video through texts.
“Every time it gets sent, whoever sends it is committing a felony,” said Capt. Joel Shores.
Capt. Shores researches how children hide these photos from their parents for the Sheriff’s Office.
He says you can’t just catch your children with nude photos by searching through texts and phone photo galleries anymore. There are hundreds of applications that children download on their smart phones that look like innocent games. In reality, those applications have passwords that hide photographs.
Capt. Shores says there are cases outside of North Carolina in which children have been bullied so badly once students leak their nude pictures that they commit suicide.
“When you hand your son or your daughter that phone, think about handing them a nine millimeter handgun, because it’s the same thing,” said Sauer. “It’s a tool and a tool that can be used to destroy.”
As for the Cleveland County students who received court petitions, the Department of Juvenile Justice will decide if there’s a solution, like classes, that can help them avoid a trial and felony child pornography charges.
The school district will hold its next school board meeting Monday, March 23 at 7:00 pm.
C.J. Sauer is a leader of the group Guardians of the Children. He plants to hold a seminar with the sheriff’s office by early April to inform parents of the different tactics children use to hide photos. The group will post the date on their Facebook page.