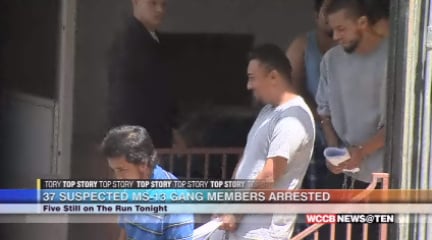 16 were arrested Wednesday morning, 16 were already in jail for state charges and 5 are still on the run.