CHARLOTTE, N.C. — The Actor’s Theatre of Charlotte’s latest show, Lady Day At Emerson’s Bar & Grill, is based on one of Billie Holiday’s final performances months before the singer’s death in 1959.

The 90-minute show, which is written by Lanie Robertson, is structured as a long monologue that is woven between some of Holiday’s highly acclaimed songs.

Actress Janeta Jackson, who plays Holiday, wore a beautiful white evening gown with long white gloves and was welcomed to the stage by a lively audience.  The stage was designed to look like Philadelphia’s famous Emerson’s Bar & Grill. 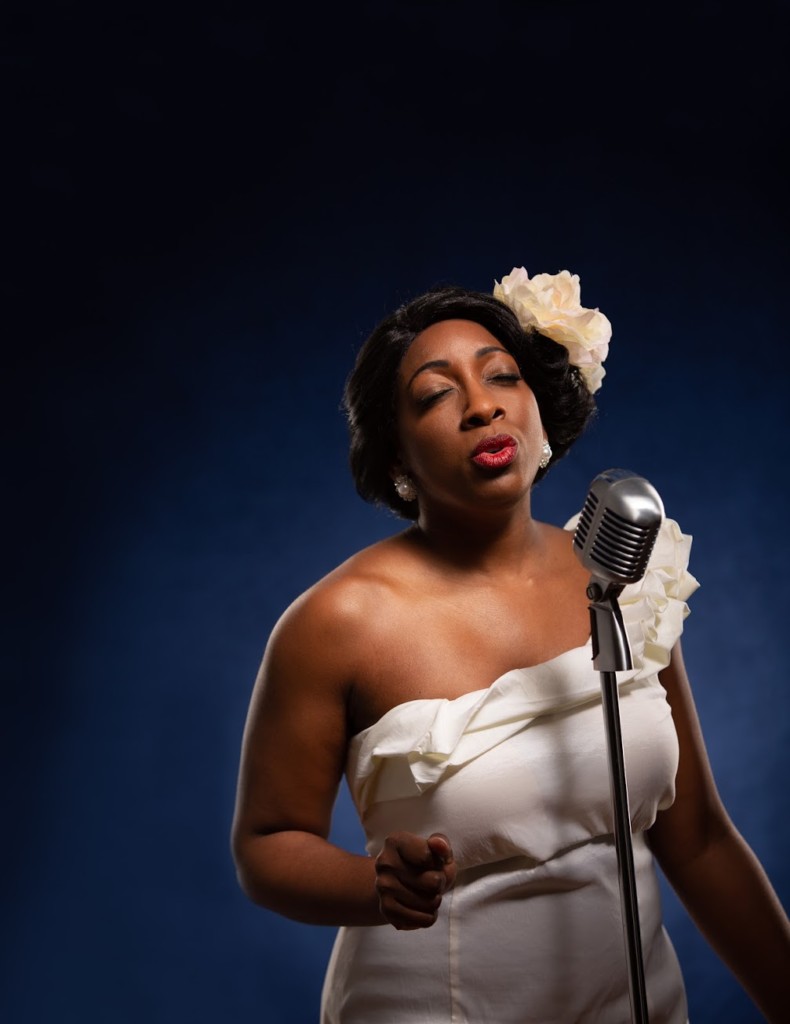 Holiday starts the evening by singing a few of her hit songs and telling stories about her life.  She is seen drinking steadily throughout the performance and the stories quickly go from light-hearted and fun to profanity-laced rants about death and traumatic experiences she went through during her childhood and adult life.

Jackson single handedly delivered an award winning performance, not just with her acting and singing, but by making a complete transformation that represented Holiday’s physical and mental state in the months before her death.

Holiday staggered through the live audience where she interacted with the crowd and had occasional conversations with the pianist, Jimmy (played by Willis Hickerson).  Jimmy is part of a live jazz-trio which also included a bassist (Peter de Klerk), and a drummer (Tim Scott).  The trio performed live music throughout the show as Jackson sang nearly a dozen songs including “God Bless the Child,” “What a Little Moonlight Can Do,” “Strange Fruit,” and many other Holiday hits.

Jackson’s seemingly effortless portrayal of Holiday had the audience laughing, crying, singing, and clapping.  Her performance easily earned the standing ovation at the end of the show.