According to officials, five suspects have been arrested for vandalizing the new West Cabarrus High School, four of which are 17-year-olds.

Joseph Fusco, 18, has been charged with three counts of Breaking or Entering and two counts of Injury to Real Property by the Cabarrus County Sheriff’s Office. 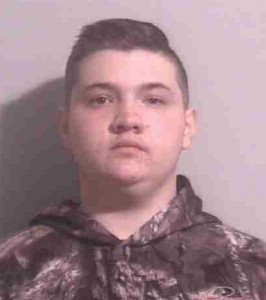 There has been no additional information on the four other suspects in the case.

CONCORD, N.C. — Vandals are accused of causing more than $100,000 in damage to the new West Cabarrus High School, which is currently under construction.

Officers were called to the new school on February 17th and February 20th after construction crews say the interior of the school had been extensively damaged.

Police say the damage included busted windows, damaged plumbing, holes in interior walls, and paint spilled or thrown throughout the school.  Construction equipment inside the building was also damaged, according to a news release.

Officials say West Cabarrus High School will be the newest high school in Cabarrus County and is scheduled to open in August.

Anyone with information on this case is asked to call the Concord Police Department at 704-920-5000 or Crime Stoppers at 704-93-CRIME.

Check out the Gaston County Mugshots from Thursday, July 2nd.

Check out the Mecklenburg County Mugshots from Thursday July 2nd.

A driver is facing charges after police say he hit and killed a man and dog who were walking along Prosperity Church Road in northeast Charlotte.

Police are investigating after an 18-year-old was shot several times in Gastonia early Thursday.

Ghislaine Maxwell, a British socialite who was accused by many women of helping procure underage sex partners for Jeffrey Epstein, was arrested Thursday in New Hampshire, the FBI said.

A Catholic priest in North Carolina will remain on administrative leave after allegations of sexual abuse against him were revealed last year, the Charlotte diocese’s bishop said.