Deputies with the Rowan County Sheriff’s Office were called to a home on Yost Road in Salisbury in the early morning hours of April 1st to investigate a disturbance.

Abe Helms, 45, his girlfriend, mother, and step-father were all at the house when deputies arrived, according to a news release. 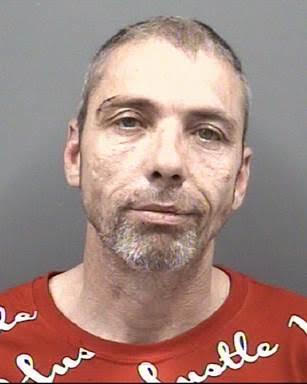 Deputies say Helms was intoxicated and had assaulted everyone who was inside the home.  Helms is also accused of breaking out windows and causing extensive damage to the residence, according to a news release.

Helms was taken into custody and transported to a local hospital because deputies say he was bleeding from injuries he received while attempting to destroy the home.

Helms was initially charged with simple assault, two counts of assault on a female, and damage to property, according to a news release.

Deputies say the assault victims were treated by paramedics at the scene but all declined to be transported to the hospital.  After deputies and first responders left the scene, Helm’s step-father, who has been identified as Raymond Drye, went to a local hospital after he started having pain in his head from the assault, according to a news release.

Shortly after Drye arrived at the hospital, deputies say his condition became critical and he died from the injuries he sustained in the assault.  Deputies say Drye’s death was ruled a homicide by the medical examiner.

Helms was then charged with felony voluntary manslaughter.  He was given a $250,000 bond and remains at the Rowan County Detention Center.