HUNTERSVILLE, N.C. — According to Huntersville Police, a 60-year-old man has been arrested after a shooting incident that took place on Holbrooks Road, near Waymer Park, early Wednesday morning.

Officers responded to Novant Health Huntersville around 12:50 a.m. in reference to an individual who was being treated for a gunshot wound. The victim suffered a gunshot wound to the arm.

The victim informed officers a verbal altercation initiated between him and the suspect at the residence, which led to a single gunshot being fired.

Officers were able to identify the suspect as Elekerza Thompson. According to Huntersville Police, warrants were obtained and Thompson was arrested without incident that same morning on the following charges: Attempted 1st Degree Murder, Discharge Weapon into Occupied Building/Vehicle – Serious Injury and Communicating Threats. 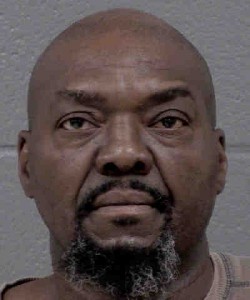 Anyone with information related to this incident should contact Lieutenant Sean Freeston of the Huntersville Police Department at 704-464-5400 or North Mecklenburg Crime Stoppers at 704-896-7867. You can also visit http://www.northmeckcrimestoppers.org.