INDIAN TRAIL, N.C. – Pretty Paws Grooming owner Lisa Bullock is accused of injuring a dog in her care on February 13th. Click here to see that report. The following is the entire statement Bullock provided to WCCB. 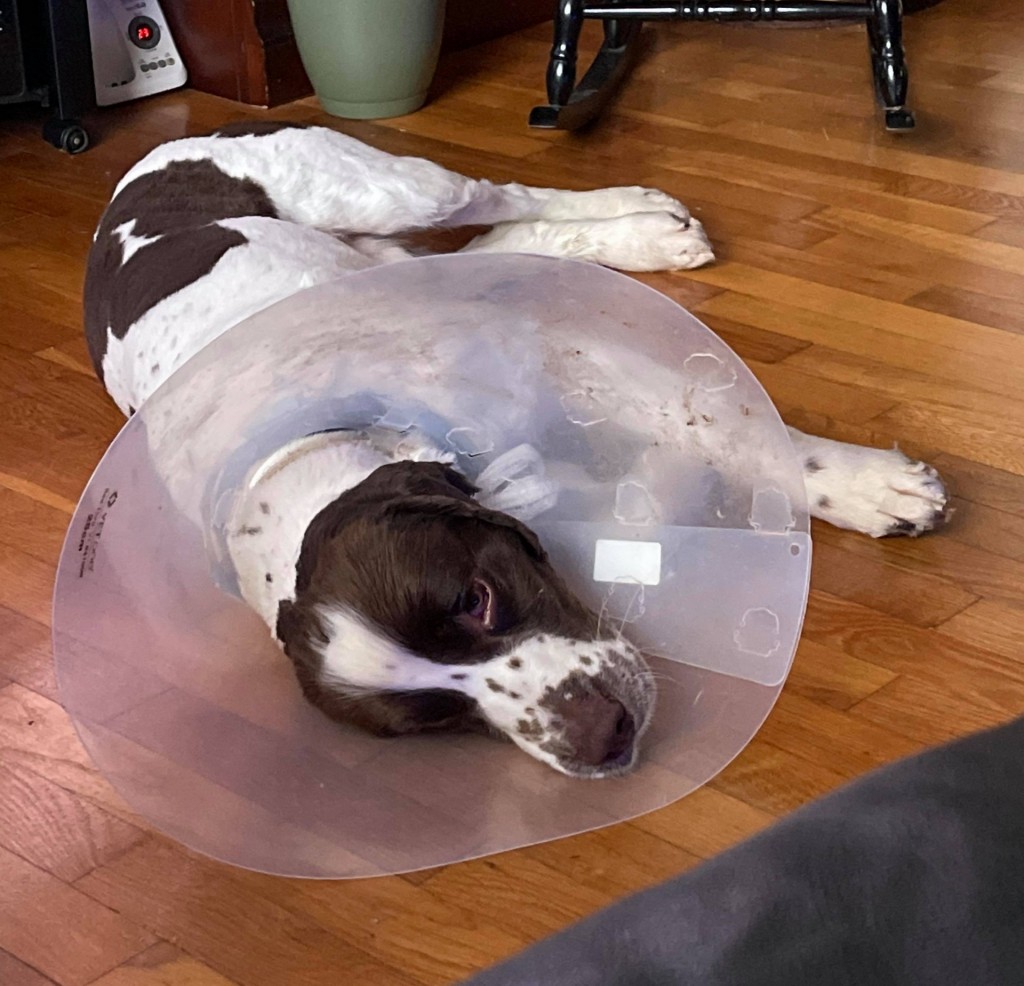 “I groomed a very aggressive dog that was trying to bite and scratch me on Saturday February 13th. The owner of the dog had told me previous to bringing him that the last groomer could not groom him until he was neutered. We discussed that I would give him a try but would probably have to muzzle him.

I was not aware of injury of any kind to the dog while the he was here. I saw that his eyes were red but that is a temporary condition that is not uncommon when dogs are stressed and this was a very aggressive dog that did not want to be groomed.

I have had a lot of experience and success over the last 10 years in rehabilitating aggressive dogs, many that have been rescued and have had aggressive behavior for one reason or another. I have listed that on my website and many customers over the years have come to me and appreciated the success I have had in helping them and their dogs with this problem. That has definitely not been a service that I have provided for the money as I have only usually only charged a $10 handling fee in addition to the price of grooming and require that they bring them back within 3 months to allow me to work with them. This is a minimum of 4 times a year which I consider reasonable on their pocketbooks yet not allowing their dog to forget previous training.

My background is in training and showing dogs which I did as a hobby before I became licensed in all breed grooming, was then hired by the facility that licensed me and worked 3 1/2 years there before starting my own business in 2010.

I do not abuse dogs, especially with these kinds of issues but rather train them based on what type of aggression they display. For example, I do not train a dog with fear aggression in the same way I would a dog that shows dominant aggression. If I did not have patience and understanding about what the dog’s issues are and want to help I would not attempt to deal with them or try to help their owners resolve the problems.

Helping the dogs and owners has been very rewarding however, though time consuming, and definitely not offered for the money in that I could easily groom 2 normal dogs in the same amount of time I could groom one difficult one. This service has been offered to my customers with overwhelming appreciation in the past because the owner is able to get the dog groomed and the dog and I bond over a short period of time as their confidence, trust and love for me and mine for them develops.

In this case the owner jumped to the conclusion that I purposely injured their dog and I am certain shared that (understandable) concern with their vet who was not aware of the circumstances and neither was their owner because they refused to communicate with me when after their dog left. They called back saying it’s nose was bleeding. I wish the owner had not closed the door on communication.

I did not see the dog’s nose bleeding here or I would have informed the owner before they picked him up. I had called the owner to let them know that I was able to groom their dog but that it was fighting with its front feet and trying to bite me the whole time, that I had to keep it muzzled even in the tub and that I washed his face with warm water through the muzzle and removed it when I put him in the crate to dry.

Upon telling the owner that I finally did get them groomed they were very happy and expressed to me that 4 other groomers had tried before and all had sent him home due to his aggression. I told her that this reinforced the bad behavior and she agreed saying that in those cases “he won.”  She made another appointment for 3 months later to allow me to continue to work with him. I told her that 90% of the time they come back without the aggression because they know I did not hurt them.  I told her that I talked to him to reassure him I was not hurting him and that he had to be good and not bite. (They definitely do understand more English than most people realize)  I also told her that I had to restrain him from hurting both himself and me and that when he would tire himself out from fighting me I could get him to stand still or lay down and groom him some more. I also told her that most groomers would not know how or take time to train them because it is definitely not worth the money or extra time involved or risk of injury to themselves or to the dog who can injure itself.

I was trying to get him shaved down for the owner who told me she needed to bring him inside because she said that he had been staying outside and was too dirty to bring in. Her dog was very matted where his hair was long, mainly on his front legs and ears, and did not need to be outside in freezing weather in my opinion so I had told her I would give it a try.

If I was not able to restrain the dog from hurting himself or me I would have sent him home. I have had to send dogs home before that were more aggressive than him if I could not muzzle them or keep the muzzle on them. This dog kept trying to remove the muzzle with his front feet but was not able to.

After I saw pics of the dog’s nose that the owner or a friend posted online while accusing me of abuse I realized that this injury would have been caused by him trying to remove the muzzle with his nails as you can clearly see the scratch mark going down beside his nose. I would not have seen it bleed if he had done it just before the bath because the muzzle was still on and washing it would have caused the bleeding to stop. Then when he was picked up it probably started to bleed because when a dog (or person) gets excited their blood pressure rises.

I understand that people are passionate about animals, especially their own and so am I, but this social media bashing and attacking others without getting all the facts is out of control and misleading.  Unfortunately that is the world we live in with so many people venting on others so hopefully you will help me to get my side of the story out.