CHARLOTTE, N.C. — Detectives are asking for the public’s help locating 22-year-old Devin Backstrom after he was last seen leaving his caregiver’s home in Charlotte on January 1st. 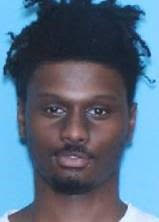 Authorities say Backstrom is diagnosed with a cognitive impairment and other medical concerns.

He was last seen leaving his caregiver’s home on Long Creek Park on New Year’s Day, according to a news release.

Anyone with more information on Backstrom’s whereabouts is asked to call 911 immediately.