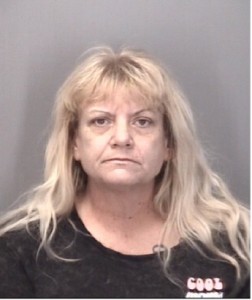 MOORESVILLE, N.C. — A vehicle chase in Mooresville led to the arrest of a woman who was wanted on multiple charges Wednesday, police say.

Mooresville police received an alert around 1:30 p.m. from a license plate recognition camera about a vehicle traveling in the area of Highway 150 near Interstate 77. The vehicle was registered to a woman who was wanted on outstanding warrants for several felony and misdemeanor charges.

Officers located the vehicle and observed the driver matched the description of the wanted registered owner. Police then attempted to conduct a traffic stop of the vehicle, but the driver refused to stop and fled from officers on Highway 150 then onto Highway 115 north.

According to officials, as the pursuit neared the city limits of Troutman, the driver pulled to the side of the road then collided with one of the Mooresville patrol vehicles causing minor damage to both vehicles. The driver was then taken into custody and verified as the person with the multiple outstanding warrants for their arrest.